Battle of Hohenwald 514 AD
In the summer of 514, Bavarian warband invaded the lands of the Thuringi and met their army near the forests of Hohenwald. The battle, devoid of any tactical sense saw the Thuringi with their red dragon standards waving above their ranks crash into the Bavarian ranks. 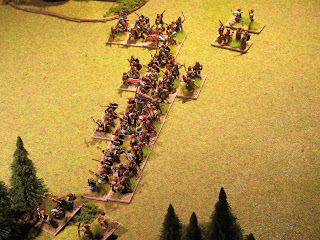 Both lines buckled but did not break. It was not long before gaps appeared in the Bavarian line giving the Thuringi an opportunity to close on exposed flanks. 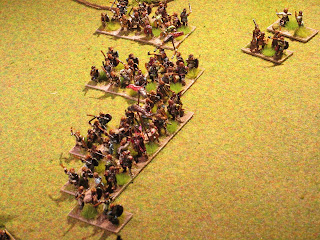 The battle quickly turned to a slaughter as many Bavarians could not escape the Thuringi fury, score 7 – 0. 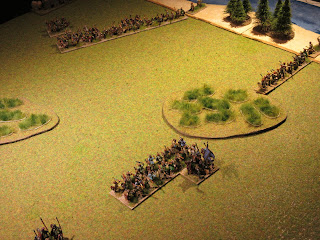 Dividing their force into similar groups, the Saxons advanced to meet the Franks . 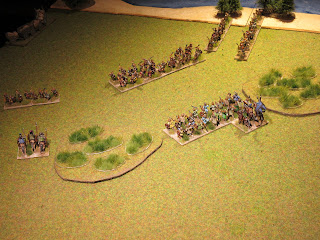 The fighting was heaviest in the centre as Theuderic had foreseen and here the Frankish tribesmen were positioned.  The battle was decided when gaps appeared the Saxon line presenting the Franks an opportunity to roll up their line. 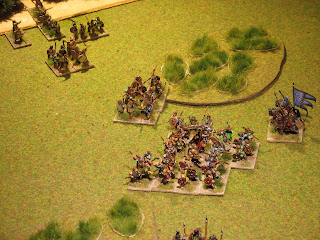 Frankish cavalry on the left flank left their opposition flat footed and moved toward the struggle in the centre to bring the battle to a close, score 4g – 1.