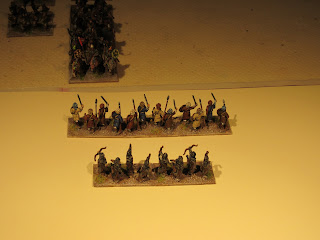 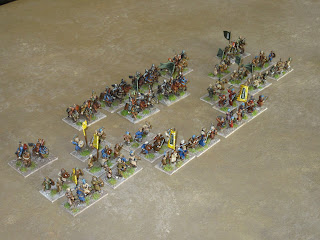 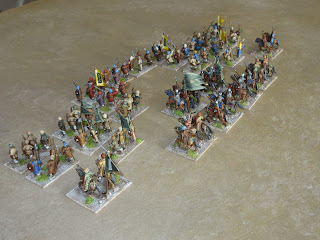 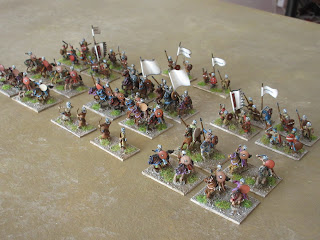 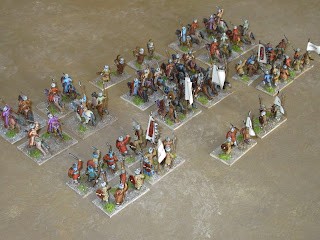 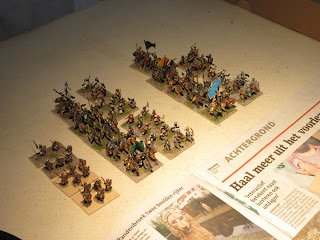 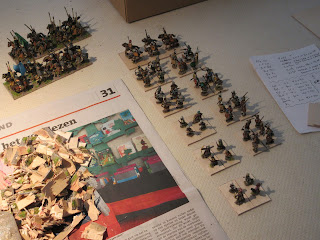 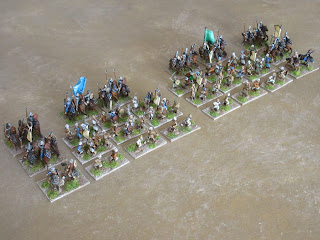 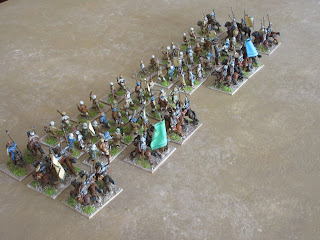 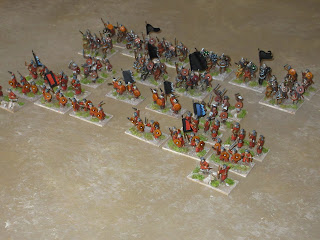 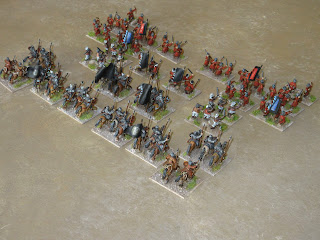 Nine elements representing the city militias and freebooters have been added to the collection. The figures are a mix of Old Glory Arab and Sudanese Ansar from their colonial range plus a few Essex. The ‘solid’ horde are now on larger bases, 40mm x 40mm, with an additional number of figures. This greatly improves their appearance and some armies, such as the Syrian IV/6c, have both types. 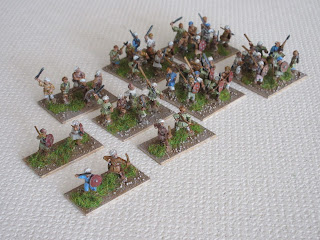 Posted by Timurilank at 00:58 No comments: