Seleucid versus Parthia – preparing for Magnesia 190 BC

Continuing my refresher exercise for pike versus blade, the combined Roman-Pergamene cavalry strength at Magnesia was estimated at 3,000 strong. This is dwarfed by Seleucid totals and thought it a good moment to field the Seleucid against a mobile opponent, Parthia. The battle was fought on the larger board with both commands increased to 18 elements. The Seleucid were invading the steppe lands of Parthia.

Recalling Alexander’s battle against the Scythian, the phalangites deployed in line and not their usual deeper columns. Behind them, the cavalry formed a reserve with the elephants and scythed chariots holding the left wing. Having deployed first, the Parthian deployed in five groups with ample spacing between each group. This proved beneficial as the Parthian quickly shifted their light cavalry to occupy the Seleucid left wing while the main threat would sweep the light troops from the hill exposing the phalangite line. 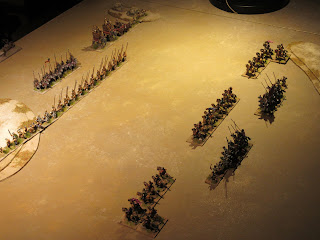 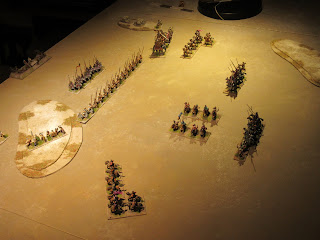 The Parthian assault on the Seleucid right was stemmed by the determined resistance of mercenary troops. 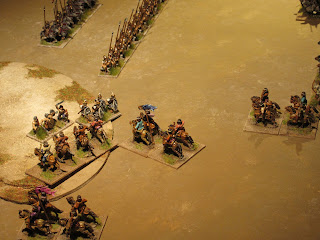 The battle for the hill cost the Parthian dearly in pip expenditure, leaving the Seleucid time to roll up the Parthian right to earn them a victory (6-4) 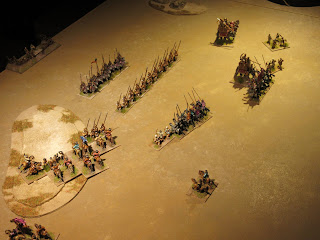 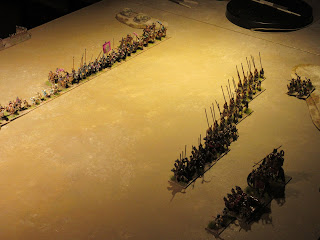 Learning from the previous engagement, the Parthian would refrain from attacking both flanks, but concentrate on one; the Seleucid left. The Parthian battle line would keep pace with their foot archers and move steadily forward. 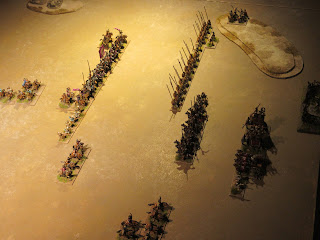 Seizing the initiative, the Seleucid phalangites struck first and despite their thin line, the sent the enemy horse recoiling back with the losses. During the same bound, the elephant and chariot re-positioned themselves between the Parthian light horse and their camp; this offered ample room for the cataphracts to attack the Parthian light horse inflicting more casualties. 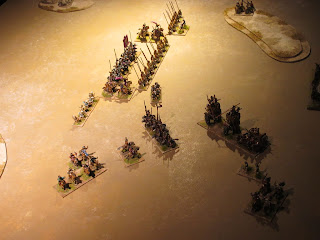 A counter attack by Parthia proved costly as the Seleucid were able to contain each threat and retake the advantage on their bound resulting in another victory (6-2). 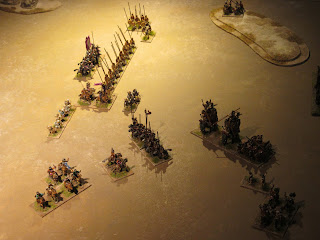 Notes:
Command control posed less an issue for the Parthian commander, however, considering their mobility it is quite tempting to use or in this case mis-use flanking maneuvers. Integrating light horse among the cataphract has its risk as LH will flee if defeated by foot troops leaving the Parthian cataphract exposed. Consider also mounted will also recoil from solid foot on even combat scores, making the Parthian a difficult army to use.

If there are any weak aspects of the the Seleucid army, then that would be the elephants and chariots. A simple ‘more than’ combat result will finish them both, hence their being tucked away in game two.

Rome versus the Seleucid - a preparation for Magnesia 190 BC

It has been nearly three years since the Seleucid army marched across the table and in preparation for the Battle of Magnesia later this month, I decided some re-fresher training might be in order. After a few standard 12 element games which ended in disasters, I increased the size of each command to 18 elements. This produced a much tighter game with the victor winning by one element. 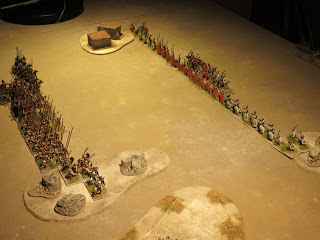 Test games
Rather than give a blow by blow description of the test games, I will highlight some of the key events that made this a useful exercise.

It goes without saying, the flanks of the phalanx are most vulnerable and in the first two tests, the phalanx was adequately protected by placing catapracht and elephants on either flank; subsequent tests did experiment with their placement. 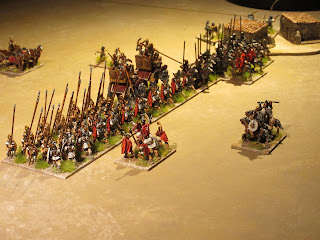 The timing of an attack is crucial as the elephants are particularly vulnerable to enemy skirmishers as can be seen in the photo below. 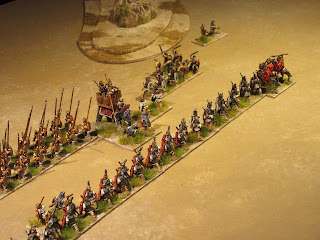 In general, the both sides were well matched and scored an even number of victories. The Seleucid did avoid a catastrophe by exerting enough pressure against one Roman flank. This forced Roman pip expenditure on their bound must be re-diverted  to stave an impending disaster. 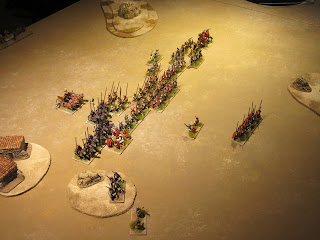 Another test game Rome adjusted  their deployment to position a “flying column’ on each flank. This double envelopment by Roman cavalry and infantry support proved worrisome for the Seleucid as the cataphract were held back to protect the army’s right flank while on the left, troops supporting the phalanx were peeled off to deal with the threat on that side. 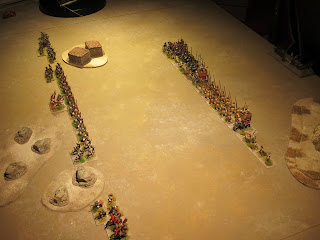 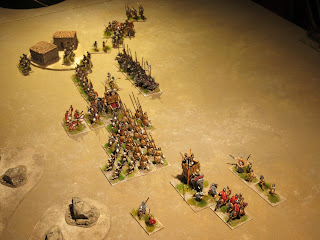 The final test resembled the deployments made at Magnesia. This was not on purpose, but developed as a consequence of trial and error of five games. The battle progressed much like Magnesia with the Seleucid cataphract destroying the Roman line to their front, the phalangites did make headway but exposed their left flank to a Roman counter stroke. This was not enough however to claim victory as entire Roman left crumbled to the combined efforts of Galatians, thureophoroi and cataphracts. 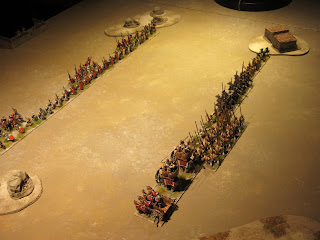 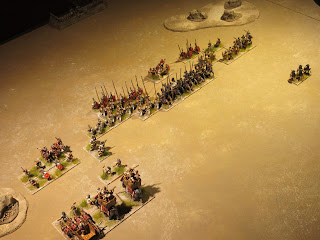