Beyond the Fifth Cataract (Ptolemaic vs. Meroitic Kushites).

Continuing the test series of pike armies in preparation for the Battle of Magnesia, I have taken the Ptolemaic army on an expedition south to the Kingdom of Kush, see DBA army lists II/20b and I/58. The Greeks are invading the steppe regions and as with all our test series, the terrain for a subsequent game is determined by the defeated army retreating to their home terrain. In this test, the Ptolemaic army have littoral terrain and the army of Kush, steppe.

Game 1 (terrain type: steppe)
To face the invading Ptolemaic army, the Kushite deployed all their spearmen forward with archers positioned on both flanks, further support was provided by swordsmen and cavalry, both were held in reserve. The Greek battle line matched that of the steppe dwellers as the pike maintained a deeper formation. Positioned to the right of the pike were the elephant and cavalry and on the left formed all the thereophoroi, mercenary troops and skirmishers. 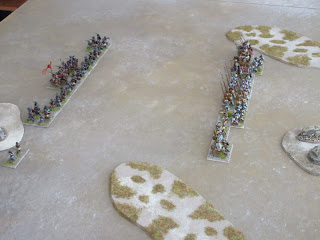 Kush moved cautiously forward and seeing the Ptolemaic right wing advance ahead of their battle line countered by moving their own cavalry to cover. That threat was quickly contained as the supporting Kushite archers quickly rained a baggage of arrows causing chaos among the Greek ranks. Despite the confusion the Ptolemaic pike and supporting left wing continued their advance to make first contact against the Kushite shieldwall. To the Greek’s surprise, the shieldwall rebuffed their assault along line leaving the elephant corps to make a solitary impression. 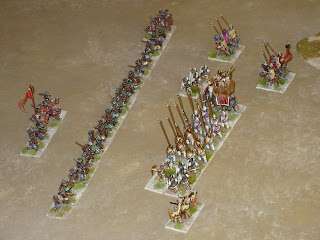 Kush seized this advantage to counter charge and both sides now suffered casualties either through combat or the deadly accuracy of the “archers of a thousand eyes”. Having dealt the death blow to a supporting unit of thereophoroi, the archers joined the combat between the generals to seal the fate of the battle. Score 4(g) – 3 for Kush. 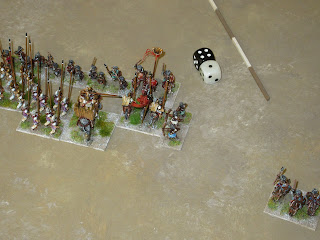 Game 2 (terrain type: littoral)
Following their victory, the Kushite invaded Upper Egypt to encounter a second force encamped along the Nile River. The Ptolemaic force deployed in their manner, but collected all their mounted on the right wing as the army’s left flank was shielded by two dense forests of palms. The Kushite, deployed as before, but positioned all their mounted troops to counter the Greek cavalry facing their left. 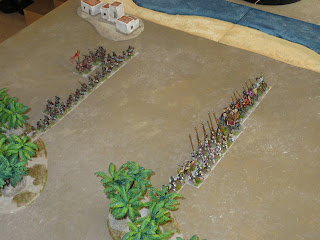 Moving the Tarentine light horse along the bank of the Nile had the desired effect of drawing the archers away which opened a gap for the Xystophoroi to launch their attack. Unfortunately signals were crossed (low pip score) and the main body were slow to execute their advance. 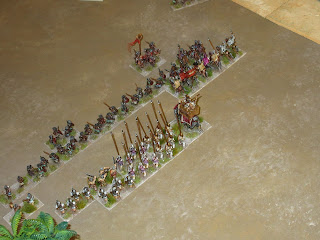 The general engagement that followed left neither side with an advantage leaving both lines unbroken. Photo 47
This changed when the struggle on the Greek right took a disastrous turn. Native archers avoided isolated combats to join the cavalry battle and help dispatch another strategos. Carried off the field, the army lost heart and fled the field. Score 5(g) – 1 for Kush. 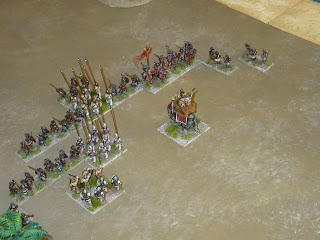 Game 3 (terrain type: littoral)
To restore the situation at the fifth cataract, a third army was sent under the command of a new strategos. The Greeks formed their battle line in the usual manner, but due to the constricted nature of the ground they positioned their cavalry behind the center of their battle line. 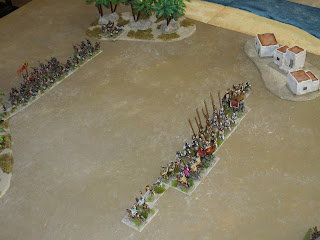 Seeing a cautious Greek advance, the Kushite forces extended their line to threaten both flanks of the Greek force. This had the desired effect as Greek units were redeployed from the battle line to protect the threatened wings thus narrowing the line to facing the Kushite shield wall. 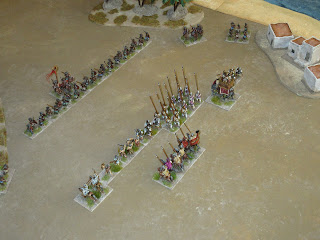 On both flanks of the shield wall Kushite swordsmen led the attack on the Greek line and cut up the supporting units guarding the pike formation. 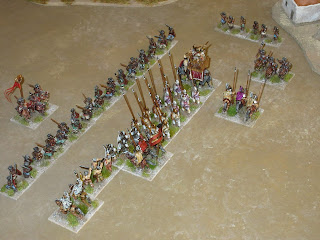 The battle ended quickly as the warriors of Kush destroyed both flanks leaving a newly appointed strategos no option but to call a retreat. Score 5 – 0 for Kush. 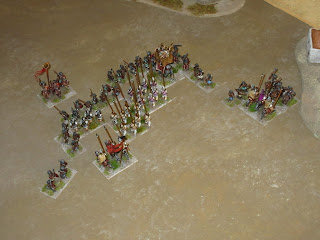 In retrospect
To say this was a surprising reversal of fortune for a pike army is certainly an understatement. The Kushite demonstrated an unexpected resilience in holding the Ptolemaic pike to a standstill while giving time for supporting units to do what they do best. The Kushite  shieldwall consisted only of five spear, yet overlapped the pike group with elephant support. Of the Greek units protecting the pike group, the thereophoroi and Galatians could make little impression against Kushite swordsmen and skirmishers. Likewise on the opposite flank, Greek cavalry were hampered by Kushite archers and were effectively countered by the timely approach of Kushite cavalry.

These two are definitely worth a rematch. 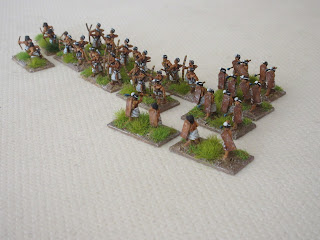 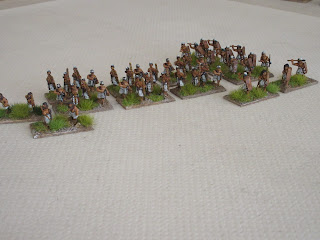 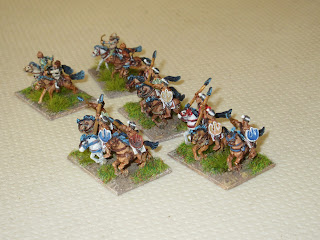 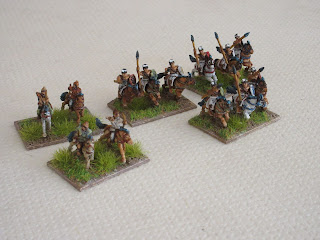 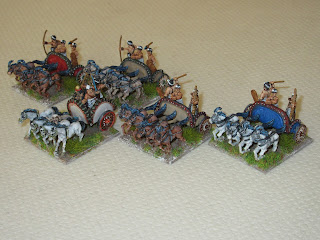 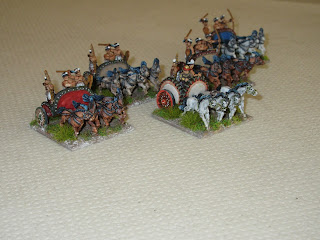 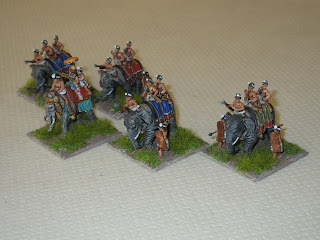 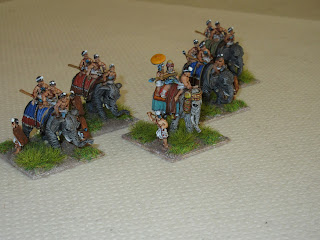