To do battles between the Zanj and Abbasid will require new terrain pieces. Unfortunately, with restricted movement due to the current situation, visiting the necessary shops will have to be planned for next month. In the meantime, I will occupy my free time with a project that can be completed in two weeks, the Andalusians.

The Andalusian collection will focus on the period following the breakdown of the Caliphate into the independent states known as “taifas”. Its size will be similar to the others, 24 elements, and when completed the Andalusians have a number of opponents among the Christian kingdoms to fight or among other taifa kingdoms.

The figures are drawn from the huge reserve of Colonial Sudanese which still remains large. Infantry make up two-thirds of the army strength with light troops counting for over half of that number. The two commands will be recognizable for the number of black troops in one and Berber troops in the other; flags or banners will also help for easy recognition.

Turbans will be needed for the black spearmen, tassel decorations for some shields and saddle cloths will be lengthened for a few mounted figures. Many figures lack shields and an order was placed on Donnington for these.

Lances were repositioned for all the Essex heavy cavalry and where needed; horse tails were shortened to avoid the inconvenience of placing them in column. The infantry and light horse are Old Glory which have weapons partially held against the body or head; these were cut free and repositioned. This was the most tedious task, but the effort was worth it as they do look more aggressive.

As of this moment, painting has progressed rapidly and photos of the completed Andalusians should be posted next week. 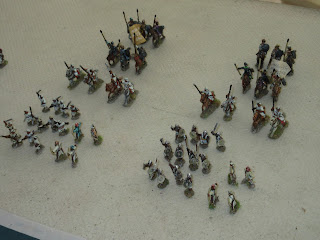 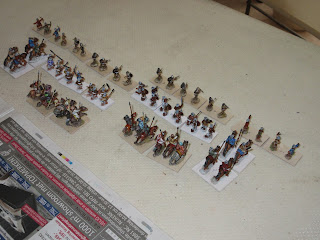 The Andalusian army were the first collection to be resurrected from the Colonial Sudan war figures. Other than the addition of shields (Donnington) the Old Glory and a few Essex required very little conversion; broad bladed swords were filed to make them typical saif. Regarding uniforms, the Cantigas illuminations are a good source for clothing colours, shield and banners.

The difference between the two command is barely noticeable, but spearmen are Arab for one and Berber for the other. If you are planning to collect an Andalusian army I would recommend Hugh Kennedy’s book, Muslim Spain and Portugal. This covers the initial invasion of Spain by the Berbers to the Nasrids of Granada. 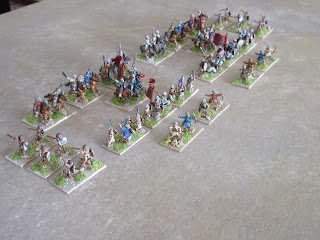 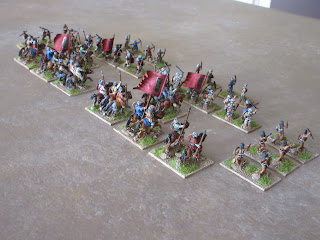 Posted by Timurilank at 01:01 No comments: 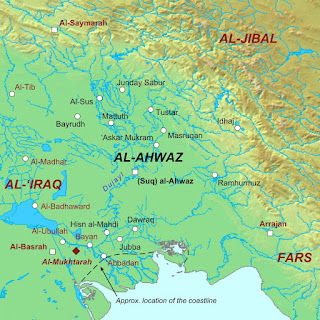 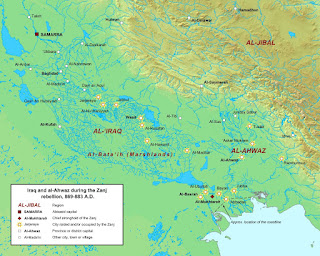 map 2 Wiki Common
Posted by Timurilank at 00:10 No comments: