Historical Match up - Early Byzantine vs. the Nobades.

This was the second in a series of nine matches. The Nobades are predominately an infantry army with equal numbers of spear and archers supported by cavalry and home terrain being ‘Dry’ afford them an ample selection of rough and bad going terrain.

Game 1
The Nobades deployed first and positioned their infantry spear flanked by archers as their first line. These would be supported by all the mounted which formed the reserve.

The Byzantine faced the Nobades infantry with all its legionnaires and psiloi. With the exception of the Herul all the Byzantine cavalry formed on the left with their main objective would be to envelop the Nobades reserve and by sheer weight of numbers would destroy their mounted arm. 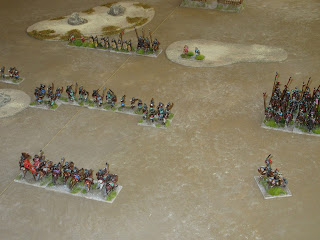 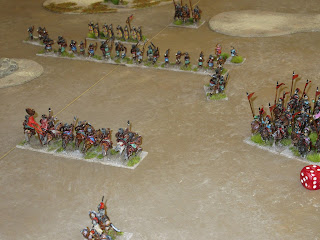 The battle was brief and hotly contested as both sides reach 4 – 4 score on the same bound. A final effort by the Byzantine cavalry secured the victory by eliminating the Nobades general. Score 6g – 4, E. Byzantine. 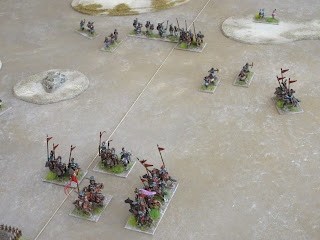 Game 2
The second engagement was quite similar in deployment as the previous battle. The Byzantine mobile column performed their task efficiently to secure the victory, again by taking out their general. 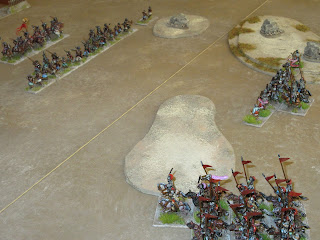 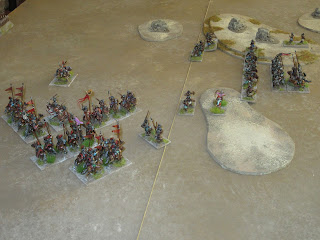 Game 3
The final battle, the Nobades deployment reflected a change in strategy. Taking advantage of a difficult hill to secure their right, the army deployed in echelon with their left refused. The troops so positioned would foil any attempt by the Byzantine to turn an open flank. 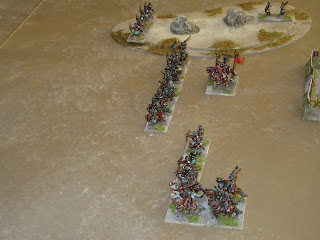 Emboldened by their previous victories, the Byzantine modified their plan by placing nearly all their cavalry and infantry on the right and leaving the Herul and Huns to cover the centre and left flank. 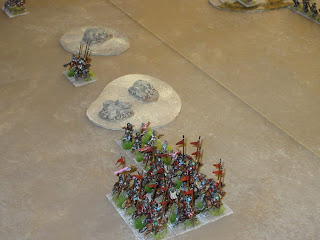 The Nobades were not slow to react as they quickly moved troops to add weight to the endangered left flank. 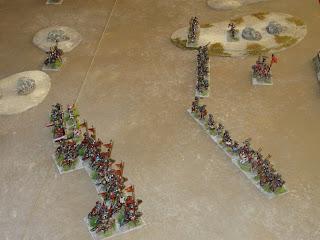 The Byzantine cavalry struck first shattering infantry formations and their cavalry recoiling under the weight of numbers. The Byzantine infantry joined the battle committing all but the Huns who were lurking about for their moment.  In two bounds, the battle was over. Score 5g – 1, E. Byzantine. 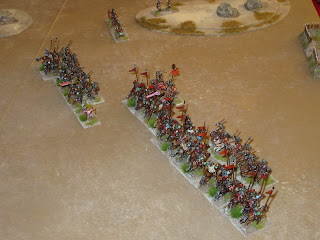