Severan Army vs. the Sassanid

I have selected the Sassanid a-list for this confrontation as Ardashir I did meet the Roman army during his expansion period. The Sassanid b-list will be handled as a separate test series which will include the Later Imperial Roman army.

Game one
Rome selected as attacker the protection of a BUA and wood and staggered the deployment to reduce the chance of encirclement. The auxilia secured the wood on the left flank which allowed the battleline to wheel forward as the Sassanid cavalry cautiously drew near. 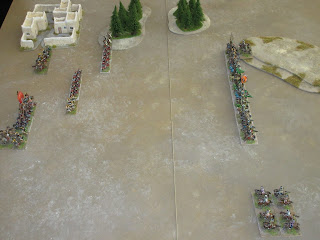 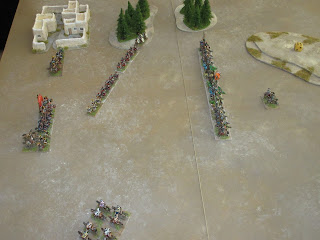 Nomad horse archers harried the Roman right flank and the main Sassanid force bore down on the awaiting Roman infantry. In the ensuing clash Sassanid nobles now cleaved a path through their centre line. 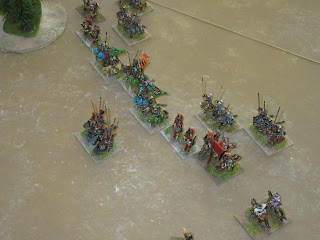 Game two
On a similar battlefield the Sassanid found the Roman army taking the high ground and deployed slightly behind their right flank were Roman cavalry. 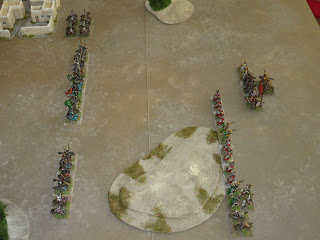 The Sassanid main formation moved slowly forward to allow the flanking units’ time to engage both ends of the Roman force. 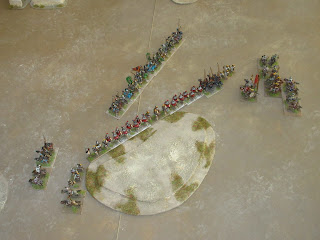 Anxious to come to grips with the Sassanid the Roman battleline surprised the Sassanid cavalry by charging them and sending them back. A similar attack on the left flank had the nomadic horse archers fleeing. 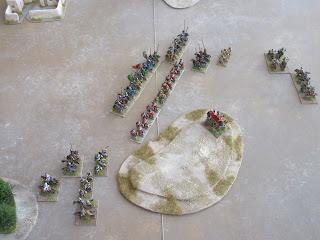 Signalling the general attack the Roman battleline cracked, leaving isolated units to fend as best as they could. The battle was quickly over with the Sassanid holding the field; score 1 – 4 for Sassan. 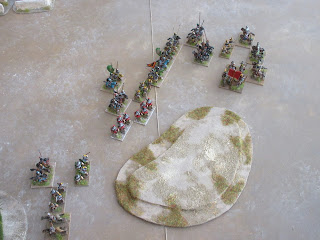 Game three
For the final game the Romans were caught marching in the open, not an auspicious start. 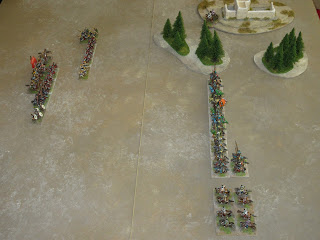 Despite two setbacks, Rome was eager to attack and moved her battleline toward the main Sassanid force. The Roman cavalry reserve was positioned to take care of the encircling nomadic horse archers. 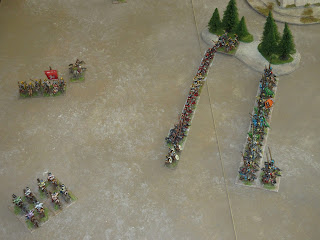 The Sassanid nobles supporting their commander cut an opening through the Roman line while the nomadic horse archers held the Roman cavalry at bay, the Asavaran supported by small units of horse archers completed the carnage. Score 2 – 4 for Sassan. 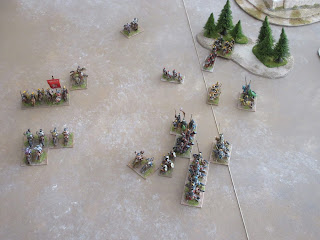 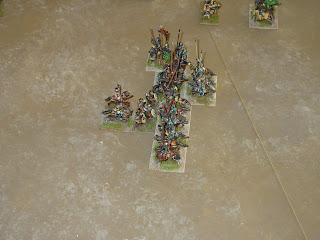