Auxiliary Shield patterns.
Shields appearing in Phil Barker’s book are taken from Trajan’s column. From these we can see four general patterns, those with an eagle emblazoned have been awarded Roman citizenship for valour on the battlefield, Jupiter’s eagle and lightning bolts represent volunteers raised among the Roman citizens and shields depicted with a wreath are awarded the title Torquata and the remainder have designs, swirls and stars. The latter may have significance to the region they were recruited from, but this is speculation.

My Auxiliary are those which served in the Syrian province as noted by G.L. Cheesman in his book The Auxilia of the Roman Imperial Army. To facilitate the painting of 12 elements of Auxilia, I would select six shield colours and later add to each a unique pattern. In this manner I can repeat a pattern but on a different coloured shield.

I am aware since the publication of the book, there has been new research into the subject of Auxilia, but there has not been enough done for the eastern provinces. Here is where my artistic license can be loosed.

The bowmen are optional on the Middle Imperial Roman list as are the psiloi which will be native slingers. Of the ten regiments listed above, two are double strength and will have two elements in place of one.

In the foreground are eight standard size cohort, second are two milliaria which are now done. I selected 6 shield patterns duplicating the pattern for units with different background. 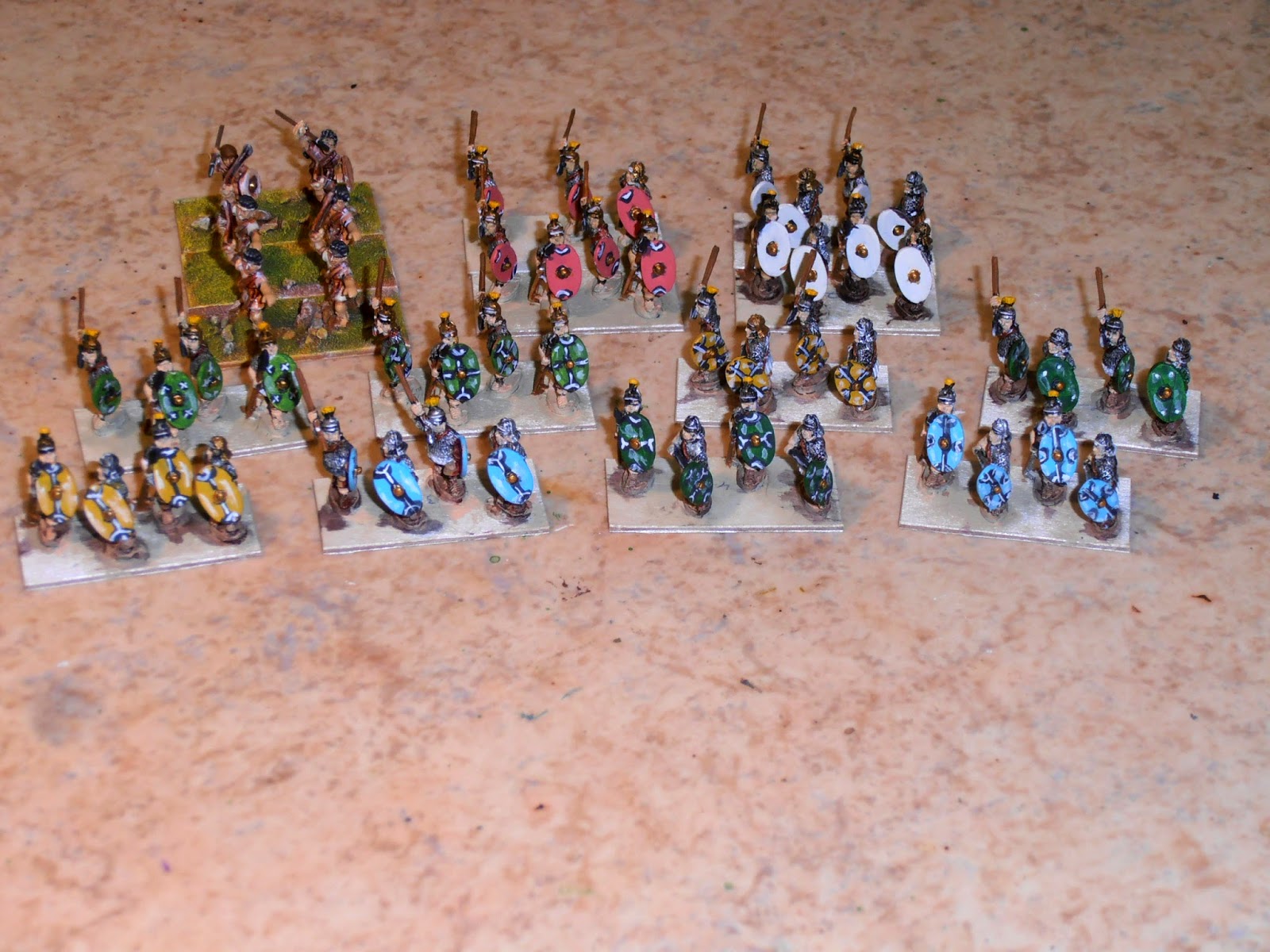 Most common designs were crescent moons, stars and spines. To add diversity, the tunics are not all white, but for example the Spanish units have black, Arab, brown and the Gallic, a blue grey.
Posted by Timurilank at 06:15