Storm Within the (Roman) Empire

Two years ago I began collecting armies of the 15th century as a starter project while DBA 3.0 was in its draft stage. As the rules reached its final revision, I started the Severan Dynasty, a much larger project which was followed closely at the DBA Fanaticus Forum.

Unfortunately, reorganizing my Photobucket account, the 250 photos of the Severan thread and other projects lost their link. Rather than restoring the links, an easier option is to restore here the entire “Armies and Enemies of Rome – the Severan Dynasty”. This not only covers the armies of the 2nd/3rd century that fought Rome, but terrain items and interesting campaign and scenario ideas for anyone interested in this dynamic period of history.

Middle Imperial Romans.
Some years back, the proposed 3.0 list for II/64 Middle Imperial Roman caught my eye. I noted no new items, but the list did offer a flexible composition to build an army. Rather than build one, I opted to collect three commands with options.

As a start, I selected the eastern frontier as the list of enemies offered a variety of troop types. Along with the Sassanid, already in my collection, I would add Parthia, Arabo-Aramean (Hatra and Characene), Pre-Islamic Arabs and Armenians. This would make a fine representation a late 2nd/ early 3rd century campaign.

Eastern Frontier
Starting with the Legions, I choose the III Gallica, IV Scythica and the XVI Flavia Firma to represent the core strength for each command. Those wishing to do research for their own collections, I can recommend the following link:

Regarding shield patterns, I choose a pragmatic approach to their depiction.
* The majority of shields depict two pair of wings and lightning bolts.
* The colour red is known to cover the back of the shield, but the front side is still open to further research.
* We do know the ground colour of shields in the later period as represented in the Notitia Dignitatum, so a general direction can be made.
* For my three legions (4 x 4Bd) I have selected red, ochre and tan, each with two pair of wings and lightning bolts. 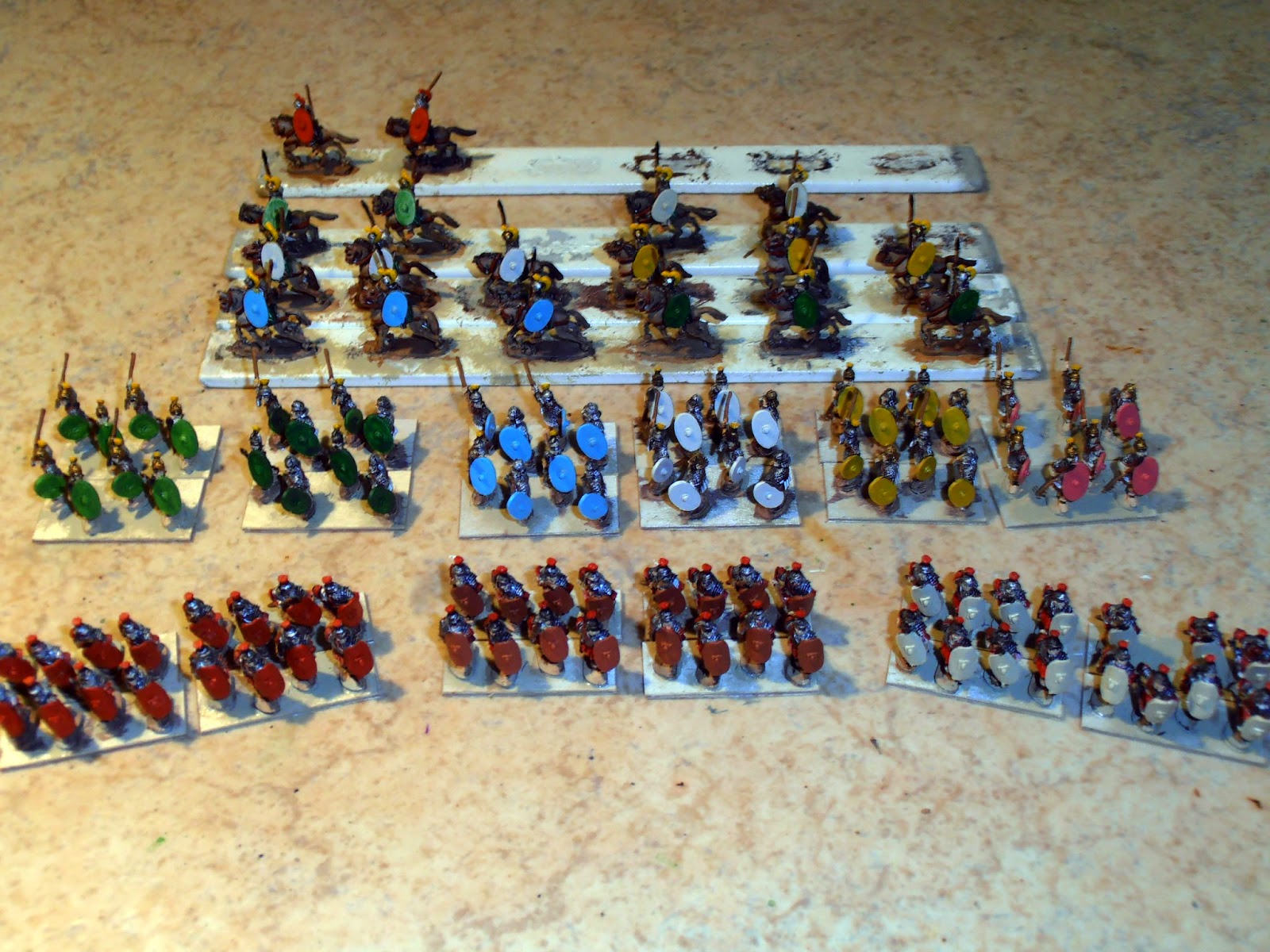 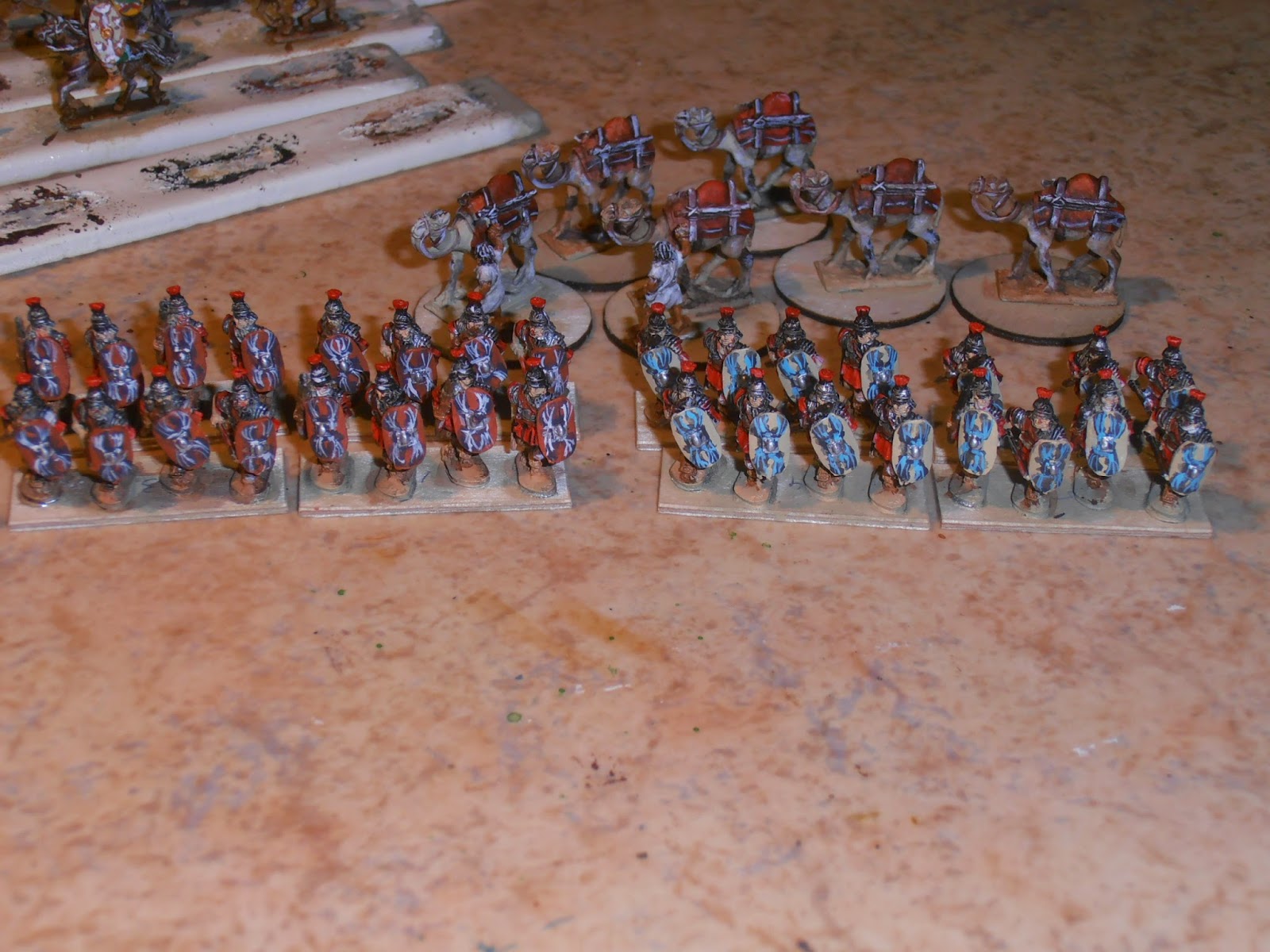 Next posting; the Auxilia