Comparing the Early to Middle Imperial Roman list feature an increase in cavalry and the appearance of heavily armoured types, the cataphract.

The latter were original formed from Parthian refugees, but as Parthians are still a viable opponent in our campaigns, I shall use only cavalry and light horse. Below are the elements needed for the three commands. 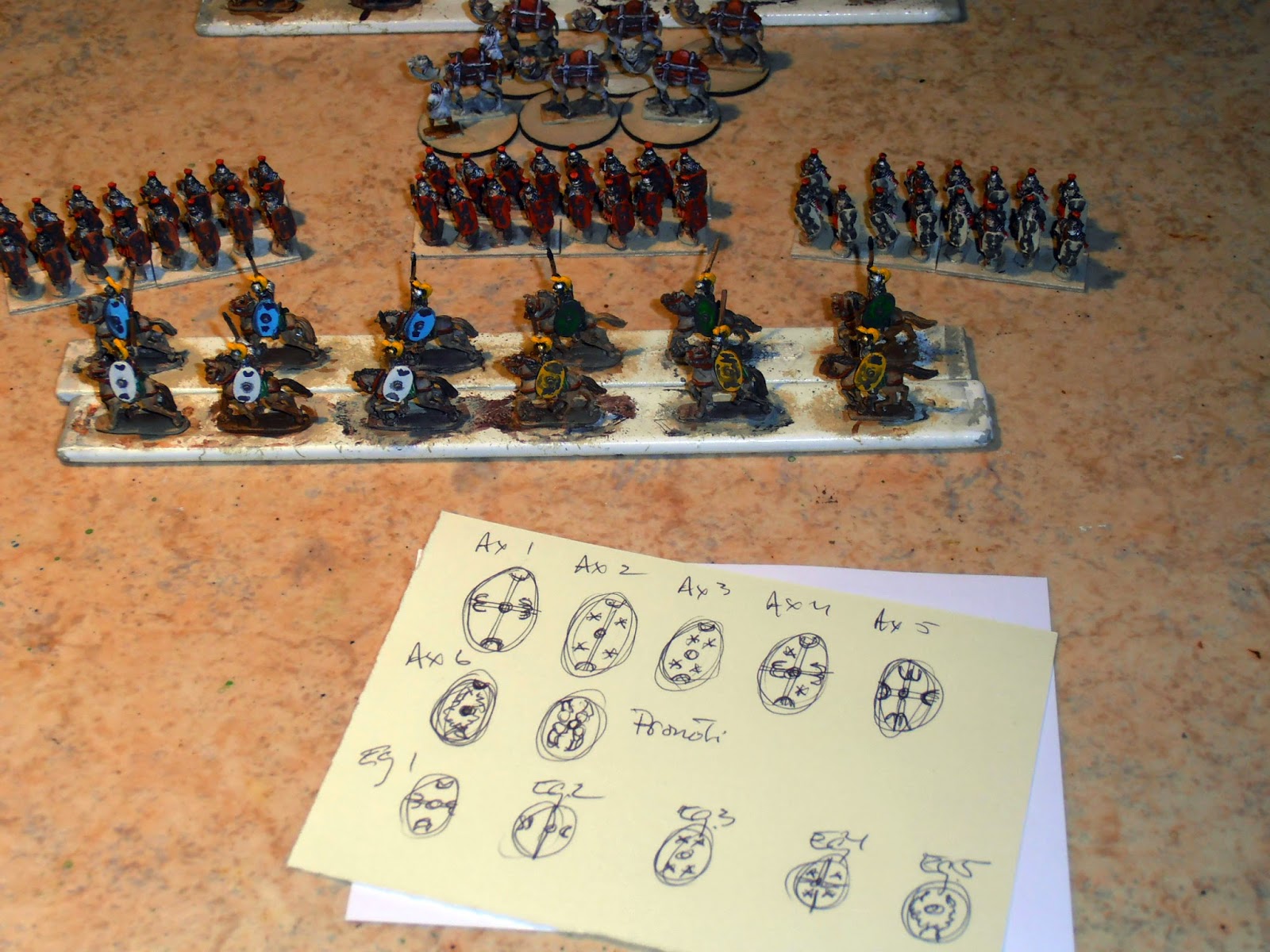 Light Horse
An element of light horse is listed for the Middle Imperial army list. A second element is an option for the eastern Romans. This reflects the “Illyrian” regiments raised from the Promoti and Mauri units.

Promoti are the Legionary cavalry and as such should have similar clothing and shield pattern as their host Legion. One such LH is done with the exception of the shield design.

This is speculation, but further light horse may have come from the existing auxilia regiments having mounted units or Equitata. In Barker's book, these were grouped together to form part of the battlefield cavalry.

Looking at Cheesman's list for the eastern provinces there are a high proportion of Auxilia Equitata located on the frontier. Excavations of the Auxilia forts have found a number with stables. As their primary role is scouting I will paint up two more LH from the Equitata units, keeping the same shield pattern as their parent unit.


The Roman Cavalry, From the First to the Third Century A.D. by K. Dixon and P. Southern
Posted by Timurilank at 05:01