During the test phase of this project I was very surprised how well the Scots Common and Tudor English are evenly matched. Historically, this was not so, but such is the charm of DBA3.

Following the army lists, 24 elements were set aside for some alterations.

Ground colours were darkened so highlighting became noticeable; a vast improvement over the ‘splash and dash’ method used previously. Clothing colour for the pikemen was varied as were the Highland rabble and archers. In George Gush’s Renaissance Armies states the blue bonnet did not become fashion until the next century, yet I found many depictions of Highlanders at Flodden wearing them. These will be fashioned later with Milliput as there are figures in other armies that will need similar treatment.

James died among his pikemen, so he is depicted fighting on foot under the royal banner. In the six tests this did prove effective. The flags are a small sampling of brigades led by Lord Home and those led by the King. I do have a flag painted for the Highlanders of Lennox and Argyll but,  I am still unsure if the Highlanders carried any flags at all. 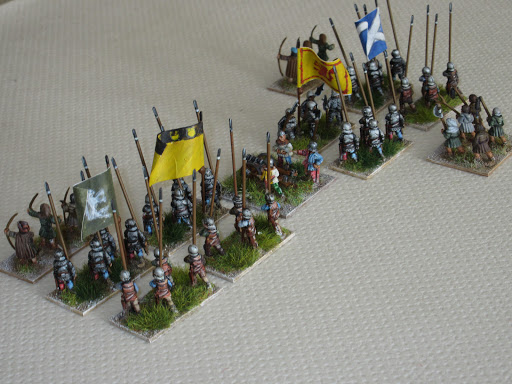 The army, led by the Earl of Surrey were for the most part assembled from the northern regions with the exception of those that marched from London. Therefore few figures have the green and white Tudor livery, but sport an array of colour in a similar fashion as the Scots. The original painting lacked detail and this was added enhancing the figures by a mile. All weapons and armour were redone. One element required rebasing and these were the cavalry converted to a LH Borderer. 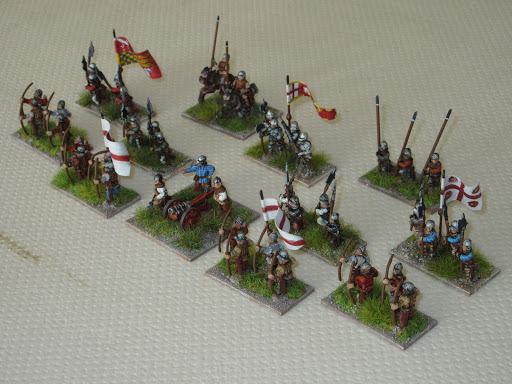 Elements used in the test games. 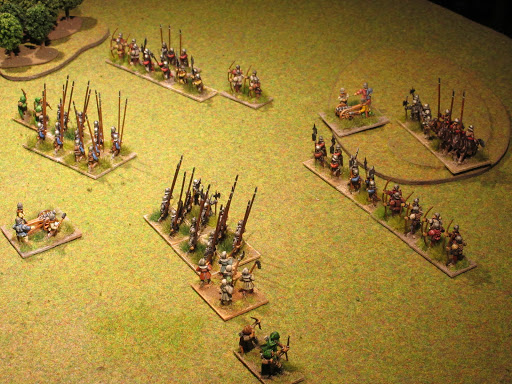 Same elements made over. 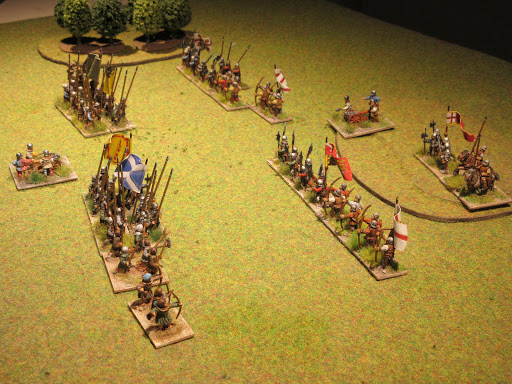