Sassanid vs. the Alan

During the entire existance of the Sassanid Empire, the Alan tribes have made regular incursions into Persian territory. such that all three Sassanid lists (220 -651) may be used. The first list replicates the campaigns of Ardashir  and presumably to a number of these were independent operations conducted by his son, Shapur I.

I am not aware of any Sassanian campaing operating north of the Caucuses therefore all terrain used in these games are found among the arable list.

Game one
Shapur deployed his cavalry in three divisions with both his wings positioned forward of the centre. Comprising all the elite cavalry, the Alan centre advanced slowly forward. Seizing the moment, the Sassanid struck first on both wings with casualties falling evenly on both sides. Adding the Alani elite into the conflict, these were repulsed while on the wings the asavaran were able to cause more damage breaking the Alani resolve to continue the fight. The Alani fled the field leaving twice their number behind. Score 4 – 2 for Sassan. 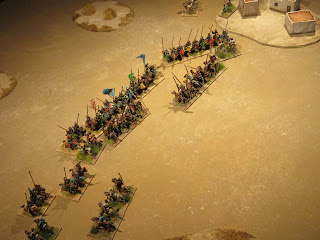 Game two
Much later, the Alani crossed the Caucuses and met a mixed force of Sassanid cavalry, infantry and elephants. The terrain offered no obstacle to either side and the battle progressed with the Sassanid moving their infantry ahead of the cavalry formation. The prospect of skirmishing with the infantry was too enticing an opportunity to miss. Unfortunately, the Alani horse archers were too optimistic about their plan, leaving the asavaran cavalry an opportunity to charge the Alani heavy. This attack held the Alani centre at bay while both Alani flanks broke giving the Sassanians a decisive victory. Score 4 – 0 for Sassan. 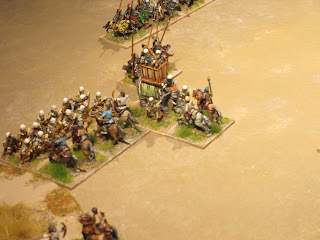 Game three
Time had passed since the last nomadic incursion and Sassanian military reforms had made a few changes to the military force in charge of defending the norther frontier. To meet the Alani the Sassanid added Dailami mercenaries and regrouped the cataphract as a personal bodyguard of the governor. 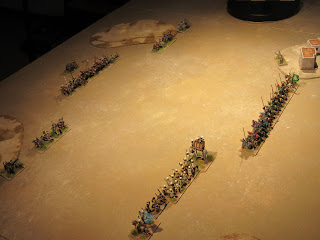 The Sassanid levy led the advance with he asavaran cavalry keeping pace. The Alani, likewise moved cautiously forward with its left flank ahead of the battle line. 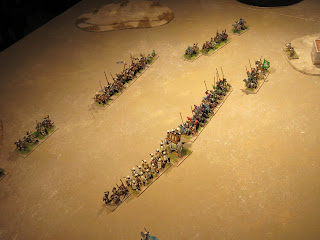 Both centres struck and casualties mounted quickly on both sides (2 - 2). The rout of the elephant corps animated the Sassanid to redouble their effort. This resulted in bringing down a unit of Alani elite and horse archers to seal the victory. Score 4 – 2 for Sassan. 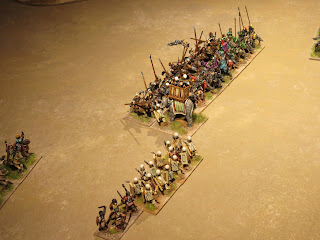