Later Imperial Roman vs. the Pict.

The Late Imperial Roman is taken from the II/78a (Western) sub-list and confronts the Picts in their homeland beyond the ‘wall’. The Picts have the advantage of terrain and possible use of the sea (Littoral).

Pictish infantry are for the most part armed with pike and move in loose formation (fast) which gives them an advantage when negotiating non-good going terrain. Pike gain the support in combat of a second element directly behind them in good going, so the terrain advantage is of little value to a pike column.

Game 1
Rome deployed first positioning light troops and auxilia along the slope of a difficult hill. The legion and equites extended the battle line to match that of the Picts. Anticipating a Pictish landing behind the Roman battle line a screening force of auxilia and the equites Illyriani were positioned at key locations on the far right. 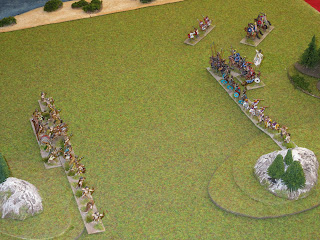 The Pictish landing came as no surprise and the screening force moved forward to counter. Together with the landing, the Picts launched a frenzied assault with one column of pike destroying half the legion. 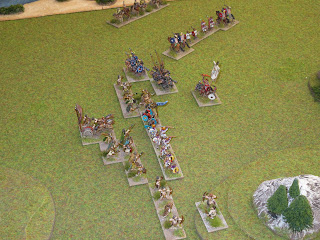 Pictish fury did not relent as Roman casualties began to increase bringing the score to 3 – 0. 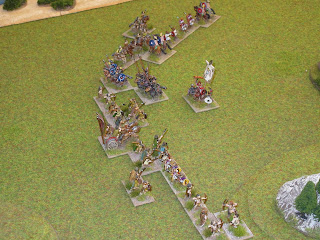 With a grim determination every Roman unit counter attacked inflicting casualties on the Picts to bring the score after two bounds to 3 – 3. 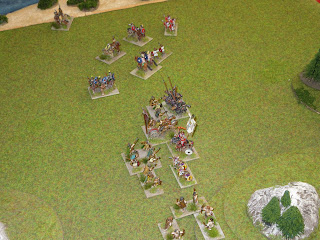 Roman cavalry now fell on the vulnerable rear of Pictish pike to help bring the battle to an end. Score 5 – 3 for LIR. 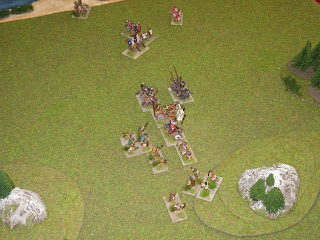 Game 2
Now defending, the Picts placed all their troops to face the Roman line. The left, comprised of all the archers would seize the hill position while the main battle formation would attack the Roman centre. 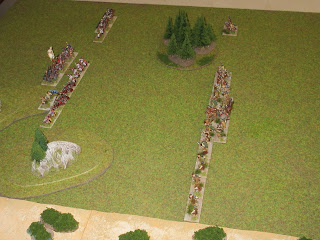 The open field between wood and difficult hills narrowed, such that Pictish light horse were re-positioned elsewhere. Pictish archers were engaged with Roman auxilia along the slope as the main Pictish battle line closed the distance to the Roman centre. 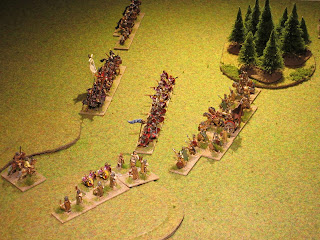 Pictish archers had done well eliminating a unit of auxilia, however, Roman resistance in the centre gained the upper hand by killing the Pictish Chieftain leaving their army leaderless. 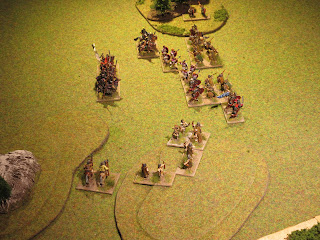 Pictish resistance collapsed as pike columns and light horse were quickly dispatched ending the battle with a clear Roman victory. Score 6 – 1 for LIR. 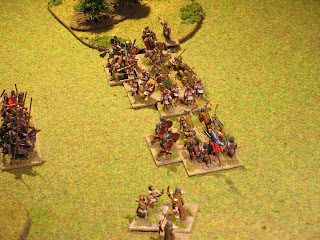 Game 3
Rome was now on the attack and caught the Pictish army on open ground. Unfortunately, the Roman army had to negotiate a defile. Rather than move out of the defile, the Roman commander decided to hold the position and assemble all his cavalry into a mobile wing to flank the Pictish army. 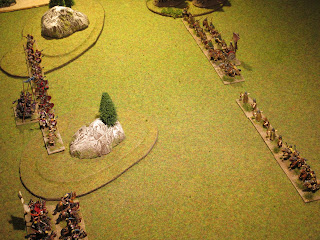 The Picts, despite their previous losses, happily moved forward to intercept the Roman cavalry and the Roman infantry in the defile. 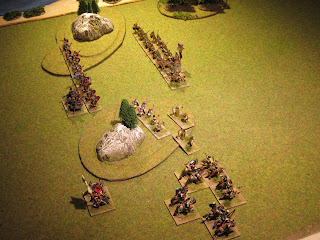 The Picts suffered from a momentary mis-communication (low pip score) as their main battle line hesitated leaving the archers and light horse to fare for themselves. Taking advantage of the lull, the Romans inflicted a number of casualties to bring the score to 3 – 2. 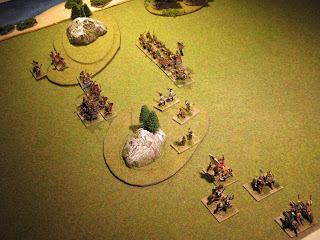 In desperation, the Pictish pike surged forward in an effort to turn the battle. Dominating the hill positions the legionnaires eventually destroyed the last Pictish effort to end the battle. Score 6 – 2 for LIR. 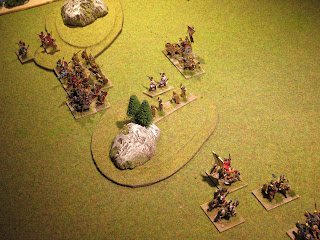