In this series there are several all cavalry battles. Of these the Parthians field three cataphract elements and nine light horse giving them an equal number of knight class troops and nearly double the number of light horse. Only the Asavaran cavalry might prove troublesome.

Game 1
Parthia as defender deploys between a low hill and the corn fields and facing them in an extended line are the Sassanid with their heavy cavalry deployed in centre with near even number of light horse on both flanks. 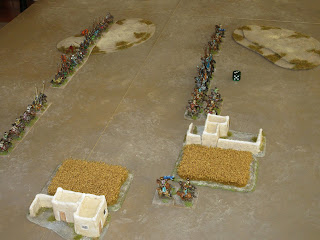 Taking care not to lose their alignment, the Parthians advance. The Sassanid launch both flanks first with the centre formation moving slowly forward. 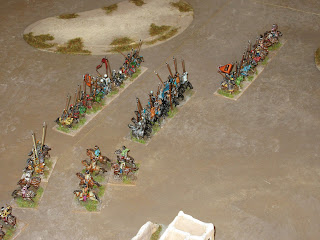 In two turns the Sassanid have destroyed the entire Parthian right and ruptured enough of the left to send the enemy army in flight. Score 0 – 4 for Sassan.

Game 2
In this battle, the Parthians found themselves in similar terrain but this time kept made good use of a low hill whereas the Sassanid formed up in the same manner as before (three divisions). 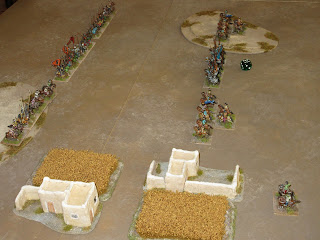 The Parthians, thirsting for revenge noted the reluctance of the Sassanid to advance and by the second turn struck first sending a number of Sassanid units back on their heels. By the following turn, the score was even at 2 – 2. 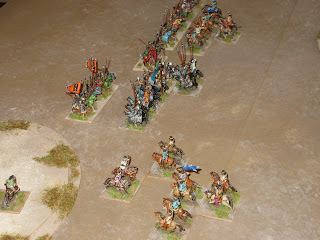 Seeing the prowess of their King, the Sassanid redoubled their effort sending the Parthian leader off the field and with that, the rest of the army fled off the field. Score 3 – 4g for Sassan.

Game 3
The final battle was fought in a clearing of less than 800 paces between corn fields and low hills which would quickly become a killing ground. 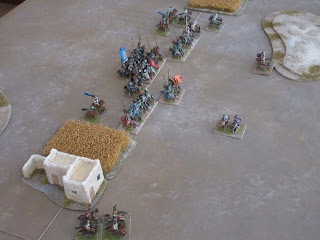 In the thick of action, this time it was Ardashir who was sent off the field. Despite the loss of their commander, the Sassanid were resilient in bringing the battle to an even 4 – 4 score. 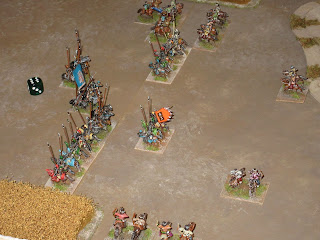 Unfortunately, the next turn brought a tie breaker and a victory for Parthia. Score 4 – 5g for Parthia. 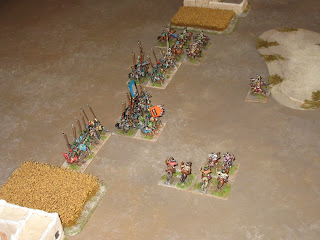