Severan Army vs. the Nobades

During the 3rd century the Nobades displaced the Meroitic-Kushite sending those eastwards giving Rome new raiders to contend with  along her southern frontier.  Historically, the Nobades did maul a Roman punitive expedition but this remains an isolated incident.

Game one
Constricted by the rough ground in front, Rome deployed her legions in the opening between them and placed auxilia on both flanks, cavalry were held in reserve. 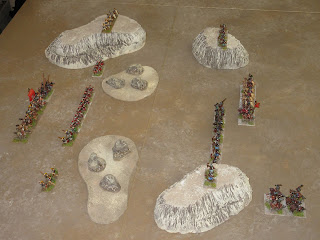 The Nobades sent her bowmen to harass the auxilia as the spearmen marched alongside in support. Seeing the hilltop cleared of Nobades bowmen, the commander ordered the mounted troops forward. 2 – 0 for Rome. 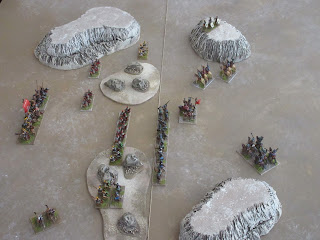 A sense of panic struck the Roman command as gaping holes quickly appeared along the battle line with Nobades spearmen moving through them and camel mounted troops were seen swarming over what remained of the left flank. Score 2 – 4 for Nobades. 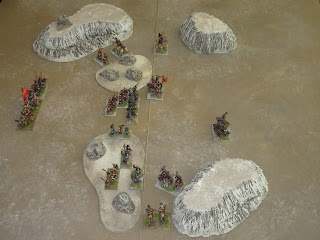 Game two
This time Rome was caught in the open by an awaiting Nobades army with difficult hills protecting their flanks. 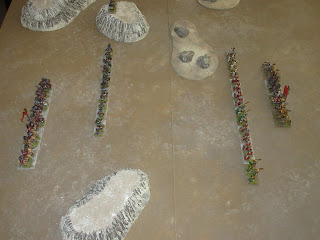 Roman auxilia cleared the hill on the left of any Nobades troops allowing the legions to move their line forward. 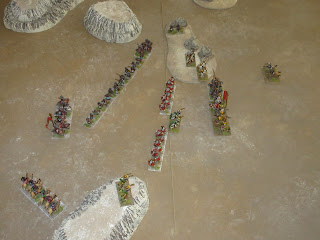 Both lines met and the Nobades line was seen to buckle, but the effort cost Rome some legionnaires. 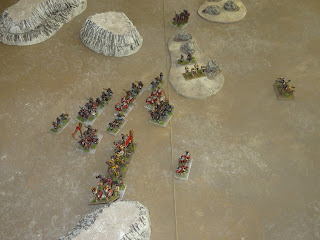 The battle was hard fought on both sides and skilled archery brought down a unit of cataphract, this with other casualties gave the Nobades the advantage to claim victory. Score 4 – 5 for Nobades. 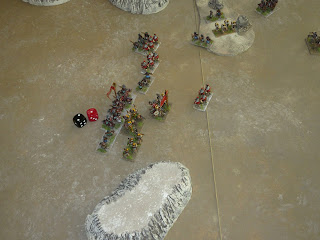 Game three
Rome deployment remained unchanged with the only exception being the addition of the cataphract in the first line. Nobades countered by placing all mounted on her right flank leaving the infantry positioned opposite the Roman line. 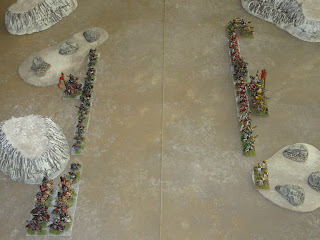 Rome seized the initiative to attack the Nobades infantry but this developed into uncoordinated assaults. As the attack stalled the Nobades took advantage of this by moving her camel corps against the open flank and sending the cavalry to encircle the Roman force. 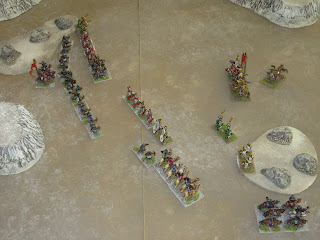 After a long struggle, the Roman battle disintegrated leaving isolated units to surrounded and cut down but not without a high cost to the Nobades. Score 4 – 5 for Nobades. 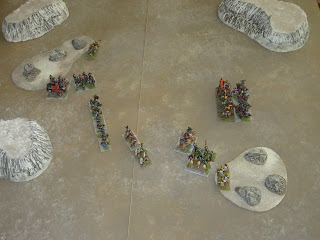