The Roman Army (West) - the Commanders and Battle Array

The three officer figures are from Miniature War of Italy. These were purchased during the Crisis convention in Antwerp and I found them to have a similar style to Old Glory.

Each of the Labarum have a legion name and symbol which is useful when playing the basic 12 element a side game. In these instances, the Praetorians and II Parthica usually remain home in their box. 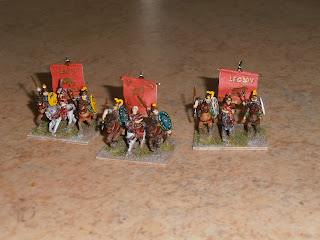 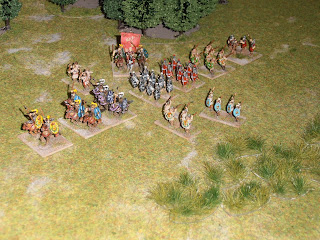 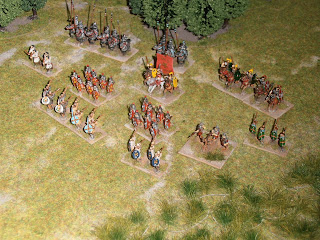 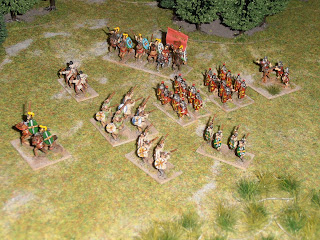