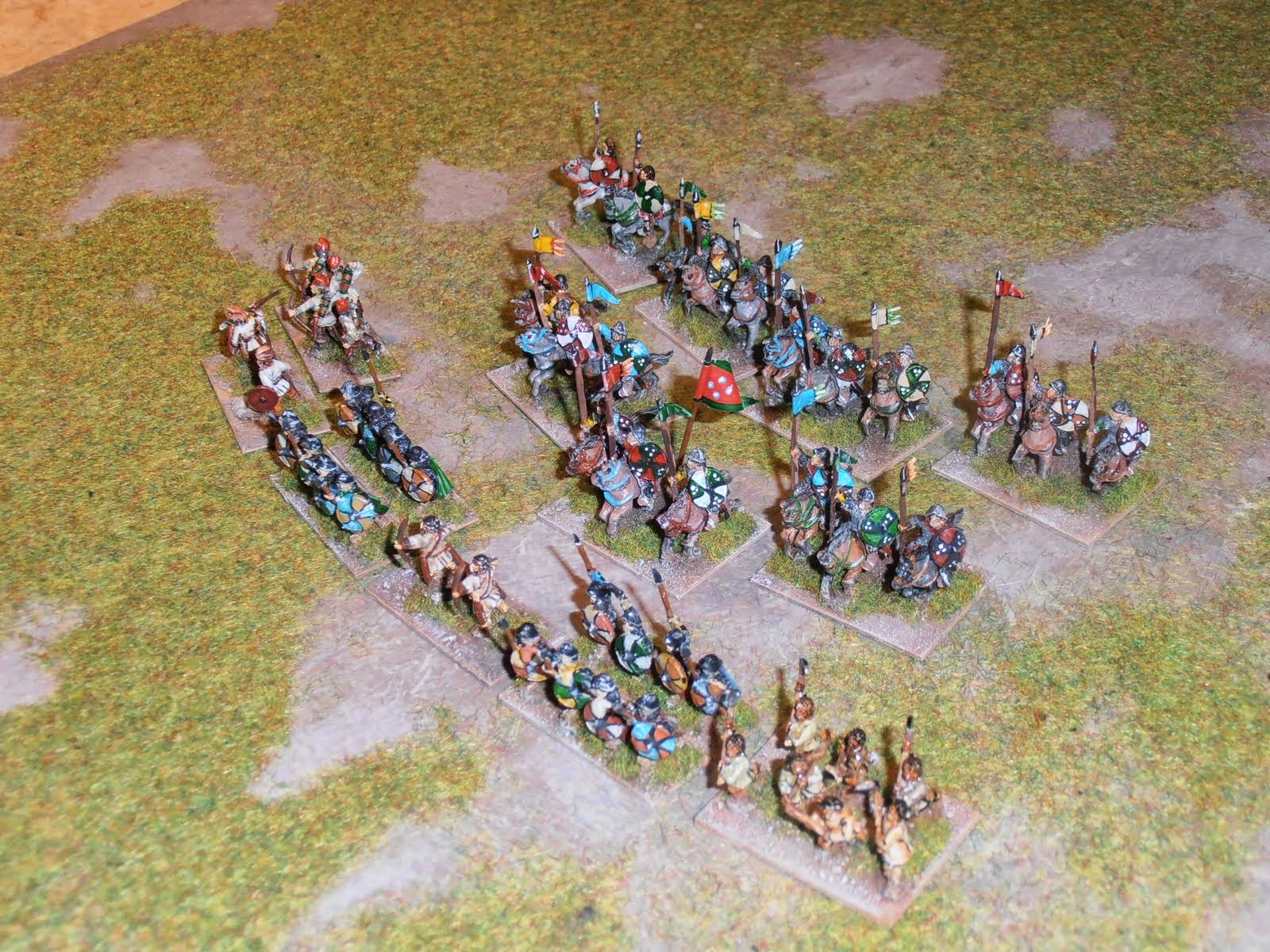 Simulating the early military period of Louis the German (AD 840 – 876) the above can use some minor modification for simulating historical scenarios.

Gascon troops
Firstly, I have not found any references to Gascon or Basque troops serving with the Eastern Empire. Light troops were certainly supplied by various Slav allies and there are even references of Magyar light horse serving as mercenaries, not unlike the early Huns serving as mercenaries ahead of Attila's campaigns. So optional troop types remain, but are of a different nationality.

Swabian/Bavarian milites
Louis began his regal career as Duke of Bavaria (817). Reflecting on the animosity between brothers I would be unsure about Bavarian milites serving among West Frankish armies after this period. Taking this a further step, would Louis’ initial command consist solely of Bavarian milites, levy and archers?

Verbruggen does make reference to the Bavarian knights dismounting to fight but mentions in the next sentence they were ready to mount and pursue a fleeing foe. Further, under the section on tactics, a good commander held mounted troops as part of his reserve and stationed himself with them.

Levy spearmen
In 840, Louis became ruler of East Francia and with it came the military resources of the empire. We do know the East Franks followed the practices set down by Carolingian capitulary law regarding equipment, terms of service, etc. From my reading so far, the milites were prepared to campaign outside their duchies. This is better documented during reign of Henry the Fowler. 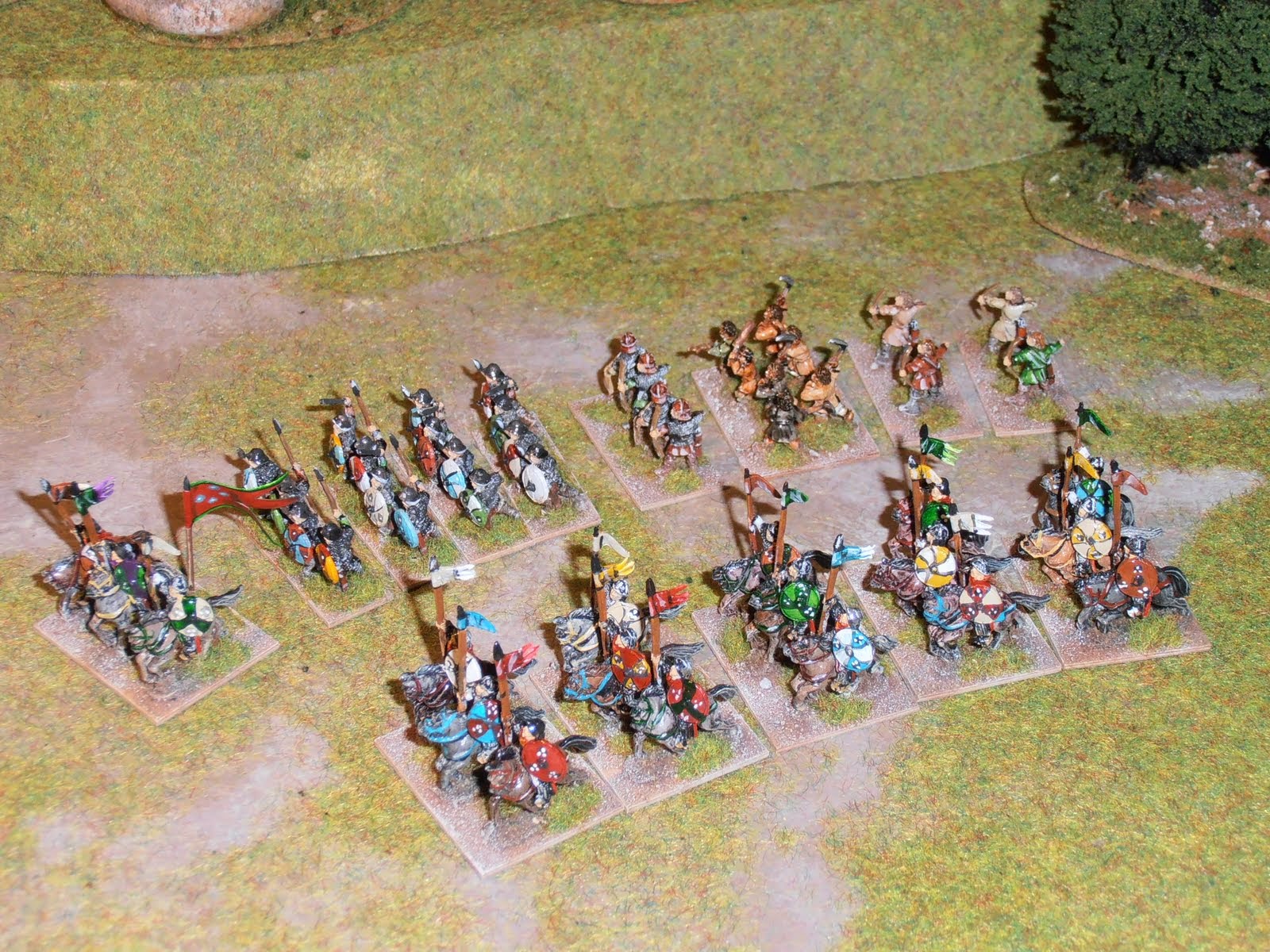 Designing scenarios
We can imagine lesser nobles raising their levies to deal with local incursions. If the situation required the milites, these would be assembled to be led by their ruling noble or bishop. This process becomes a bit more complex when we consider the family rivalries affecting the recruitment of armed troops, but that makes this fun.

More on this later.
Posted by Timurilank at 02:06