This past week I gathered a number DBA3 armies to be sold and among them were the Early Germans. I seem to recall offering them earlier and with no interest they remained in the collection. Looking at preliminary photos, these showed an out-dated technique/  As a challenge, I decided to keep them and bring them to the next level.

The process became more than my original plan. Clothing and exposed body parts were darkened, allowing a better definition when highlighted. Weapons were redone and designs were added to the shields; stars and crescents for the Marcomanni and swirl and line patterns for the allied contingent. Skull standards were added for the warriors trained in the Roman fashion (4Bd).

The project took less than two weeks to complete, inspiring a review of other armies in need of refurbishment. Needless to say, the Early Germans will remain in the collection. 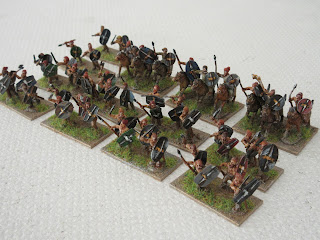 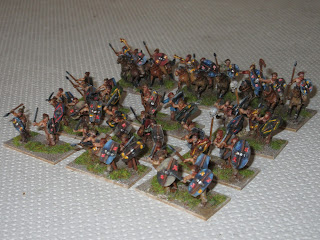 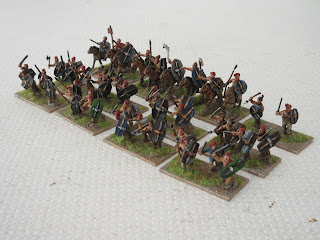 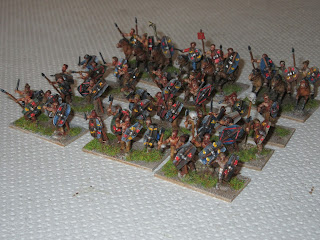 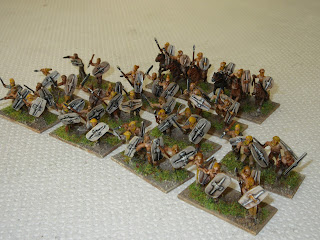 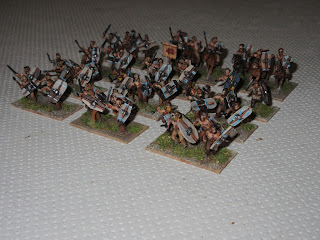