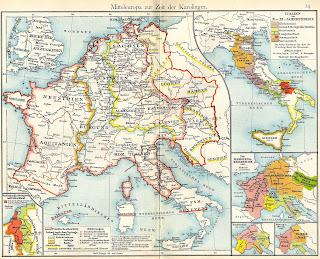 Map: Central Europe at the time of the Carolingians, Putzger Historischer Weltatlas, Leipzig 1877 (from: Internet Archive).
Posted by Timurilank at 01:25