The two army lists overlap one another from 307 to 324 AD. The first battle will be fought between Roman units and subsequent battles both sides may use an ally. Oddly enough both may use the same ally, the Early Franks, I have not read of their employment during the brief period of the civil war, but they are here and eager for employment.

Game one
Later Imperial Rome is deployed on the right of the photo and can be recognised by their Draco standards and the white tunics of the Palatine units. On the left, the Praetorian Guard and cavalry are noticeable with their white plumes. 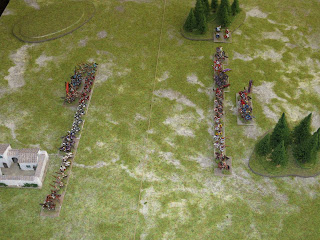 Both lines now move steadily forward, the MIR forces keeping an extended line and the LIR forces holding their left back while moving the right further forward. A unit of Illyriani had surreptitiously placed themselves in the rear of the MIR army. 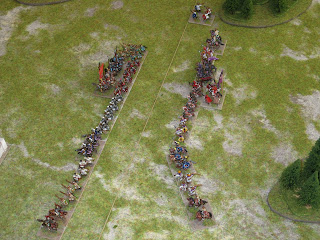 Battle is now joined by both sides with the Palatine legions pushing their foe back. 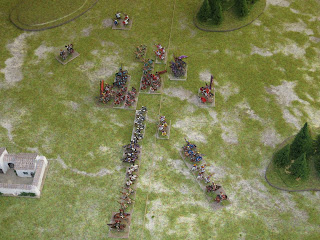 The action was becoming desperate as MIR units were becoming encircled on the left flank and in the centre the Illyriani fell on the MIR commander. The rest of the MIR army dared not move until the situation was rectified. 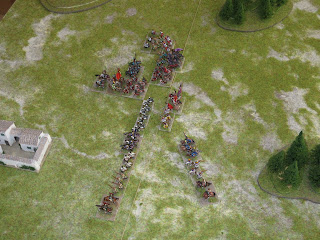 Game two
The LIR forces deployed their heavy cavalry in the centre, legions to their right and auxilia units on their left. Illyriani cavalry were placed on both wings. The MIR reduced their front placing the Parthian legions to the front and the Praetorian Guard and reserve cavalry slightly to the rear. 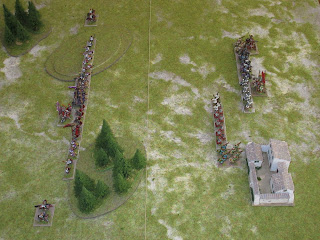 The Parthian legions and their auxilia were quick to strike the palatine units while the remainder of both armies were slowly closing the field between. 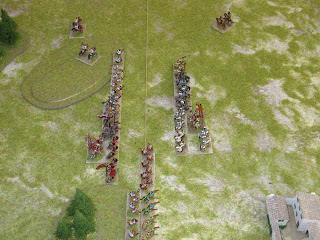 The battle became general along the entire front with the LIR sending most of their foe recoiling. 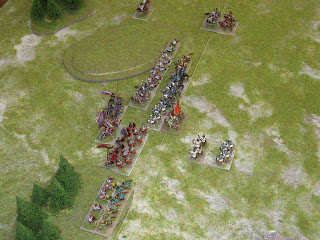 Losses quickly fell on both sides as the battle became a drill ground. Score 3 – 4 for Later Imperial Rome. 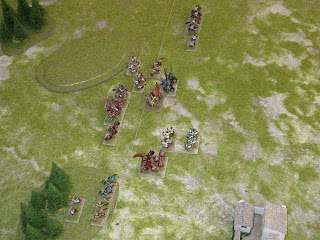 Game three
For this final battle, both sides matched frontage but were formed askew of one another. 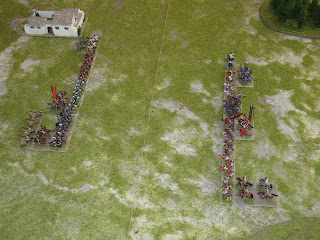 Taking advantage of overlapping the LIR right, the MIR line wheeled to the right while extending her right to allow reserve auxilia to move up. The equities Promoti (MIR) were caught surprised by the sudden appearance of Illyriani behind them. This was unfortunate for the Promoti as they could not play their key part in the battle that ensued. 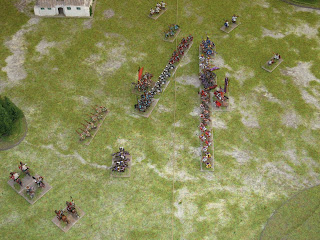 The fighting now became general along the centre with the LIR left were seen pressing forward in the direction of a second cavalry action between the Illyriani and MIR heavy cavalry. 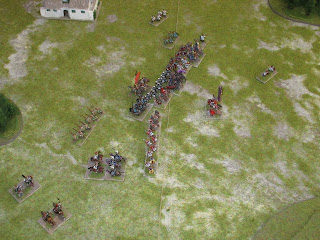 The action now became a titanic struggle as both sides would fall back and collect their troops, charge again, repeating the process several times. 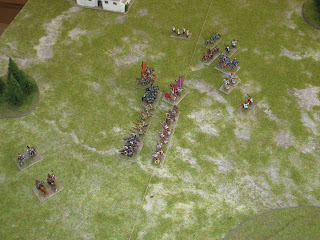 Losses were heavy on both sides, but the LIR troops persevered. Score 3 – 4 for Later Imperial Rome. 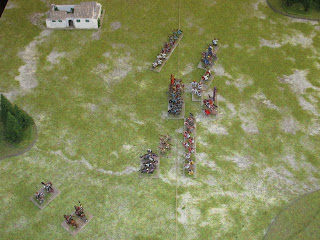