This list represents the earlier incursions into parts of the Eastern Roman Empire and turn up as useful allies for Armenians, Sassanid and Kushan armies. The figures  are converted Old Glory Cumans and Alani from their Nomadic Horse armies list and with the addition fur caps and cloaks made from Milliput these look convincing as Huns. I do have OG Huns which are all bow armed and they contrast nicely with the converted javelin armed troopers.

With the exception of the general (Cv) all mounted elements are LH. Lacking a strong punch in close combat they do make up with surprising speed often catching their opponent flat-footed. At the moment there are no plans to collect elements for the other Hunnic sub-lists as the d-list will give enough amusement.


There are other refurbishment projects on the list, such as three Biblical and three Late Medieval armies. These will be sold in later October or early November,  just before the Christmas rush. 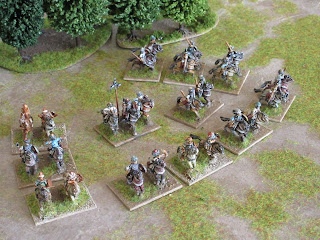 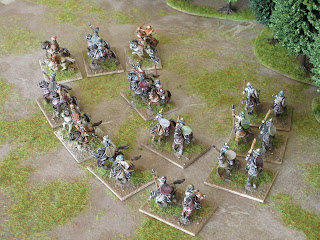