If you have been following the Severan Project you may have noted several armies were constructed which are not listed in DBA 3.0, namely the mountain kingdoms of Lazica, Iberia and Albania. The names do appear as providing mercenary troops for Armenia, Parthia and Sassan and for our scenarios they will provide useful enemies or allies for conflicts in that region.

This BUA is modeled after the mountain village of Shatili in modern day Georgia. The style and construction have not change much since the 3rd century so using Shatili as a reference I began designing my BUA. Like Shatili I wanted to enhance the appearance of height, so buildings or towers would be positioned along the incline of the hill forming a perimeter. 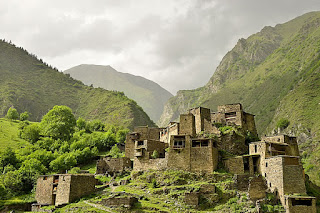 The compressed pink foam board was used for the hill and structures which is easily scored to simulate shale and the roofing is made from sheets of packing material scored to make roof tiles. Each building was first constructed and later positioned on the difficult hill that would serve as my base. To bring added variation to the height of the buildings I added an extra layer for the hill. When I was satisfied with the building location I cut sections of the hill out to allow a tighter fit leaving a central section (40 x 20 mm) free for the placement of a defiant foot element. 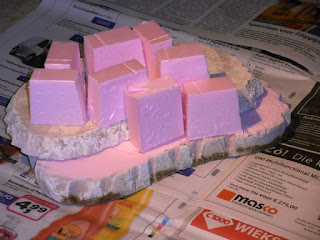 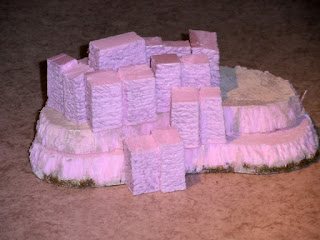 Using latex household paint to undercoat the structure, I let this dry well before beginning the slow process of painting, adding wash and dry brushing. The greenery was added as the final step. 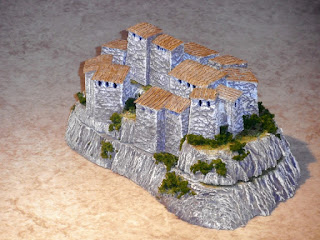