Researching background information about the Severan Dynasty through the Internet I found a lot of maps; some quite detailed but none were contemporary. Maps of the period should display the most basic of information, such as rivers, mountains, cities and distance between.

Quite by accident, I found an excellent example of what I needed and further searching I found its source, Claudius Ptolomaeus, Cosmographica at the Bibliothèque national de France.

The maps of his Cosmographica show basic information and lists the cities of the 2nd century AD in- and outside the Empire. This is particularly useful for designing maps for campaign use. No boundaries are drawn, a clear statement that the Empire was not limiting itself. 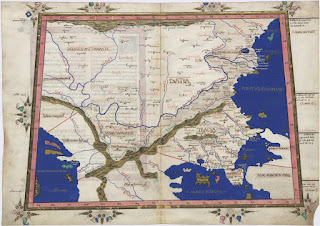 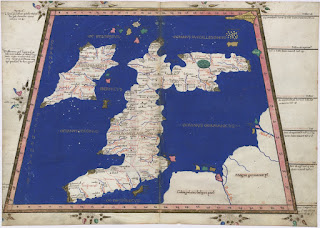 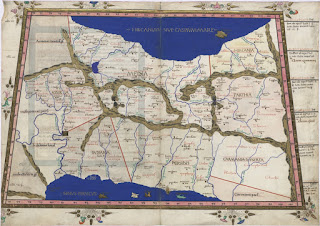 Cheers,
Posted by Timurilank at 02:12