Alexander Severus launched a three pronged attack against the Sassanid. One column passed through Armenia who supported the war, a second moved toward the eastern part of Sassanid territory while Severus kept the main column in the centre under personal command (Herodian 6.6/Alexander’s Persian War).

Game 1
The battlefield offered a generous amount of space for the Sassanid to deploy. The extended cavalry line was flanked by light horse columns with a unit forming a reserve directly behind Ardashir. The Romans placed all their infantry as a first line and cavalry forming a reserve line. 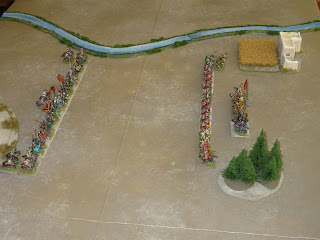 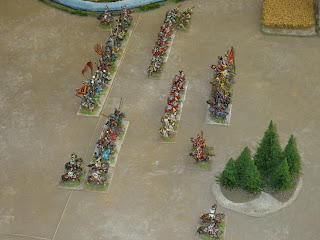 With the two battle lines less than 20 paces from each other, the Roman commander moved his cavalry reserve to support the general assault. 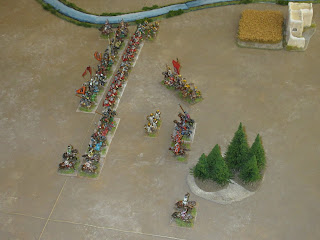 Like a thunder clap that echoed for a time, half of the Roman battle line disappeared. Unnerved by the oncoming banners of Ardashir and his knights, the Roman commander called a retreat. Score 4 – 1 for Sassan. 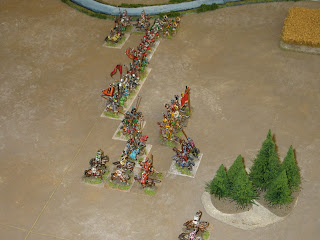 Game 2
For the second engagement Rome took advantage of some constrictive terrain. This forced the Sassanid to form in three separate groups with a light horse column deployed across the river and a second column on the opposite side of a difficult hill. 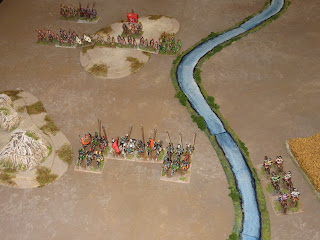 Ardashir, optimistic about the success of his flanking columns moved slowly forward. To his surprise, the Romans seemed equally optimistic and moved off their hill position to attack the main Sassanid body. 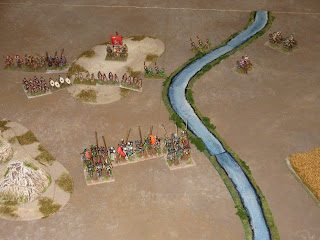 The flanking column soon discovered how deep the river was and proceeded to simply out manoeuvre the auxilia defending the opposite bank. 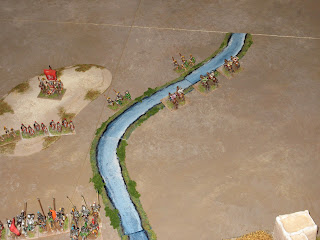 The Roman commander positioned on the hill could survey the entire battle. On his left, despite the loss of a unit of auxilia the Persian light horse were being held off and on the right flank the Persians seemed contained. Gaps were seen among the Sassanid main body as Roman bows were taking their toll. 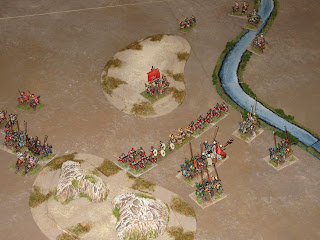 Seeing the right flank in serious trouble (losing two elements) the Roman commander moved to stave off a disaster (3 – 1). Ardashir called for one great effort and launched his cavalry against the Roman legions. Rome held firm recoiling Ardashir and his cavalry, but Shapur broke through victorious. Score 4 – 1 for Sassan. 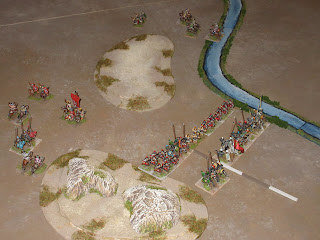 Game 3
The last engagement found the Romans caught in the open facing the Sassanid in battle formation occupying a hill. 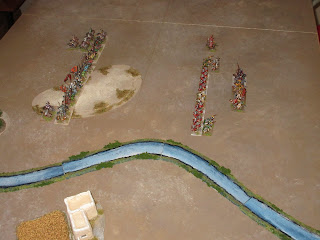 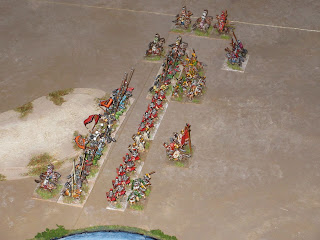 The Roman line buckled under the weight of the Sassanid lancers. With heavy losses and their commander pursued by Ardashir, Rome broke. Score 4 – 0 for Sassan. 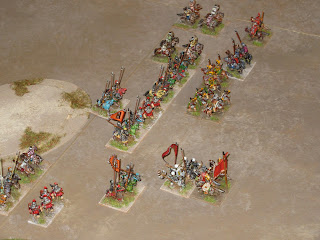