Continuing his campaigns in the northern provinces, Ardashir I marched his army for one final campaign against the remaining members of the Arsacid dynasty now in Armenia. The Armenian army of this period have heavily armoured cavalry supported by a large number of light horse. Armenian javelinmen are ideally suited for operations in rough ground and hilly country and having the advantage of ‘home’ terrain will not be an easy opponent for the Sassanid.

Game 1
The open expanse between two difficult hills with a river flowing between sliced a large area of battlefield. This posed a problem for the mobile Sassanid who would now be forced to manoeuvre in deeper formations.   The Armenian anticipated this and would use its mountain troops to seize the key hill to outflank the Persians. 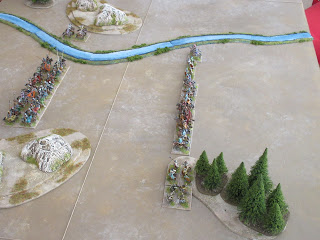 The main force of Armenia moved slowly forward to allow time for its infantry to take a flanking position. This precipitated an all out attack by the Sassanid. 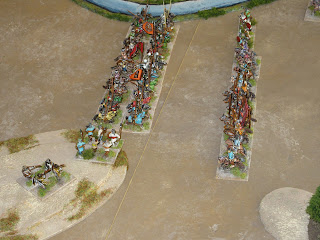 In the following bounds, Ardashir and other nobles broke through the Armenian line while enemy infantry were getting the better of their fight with the Asavaran horse. The score was even 3 – 3. 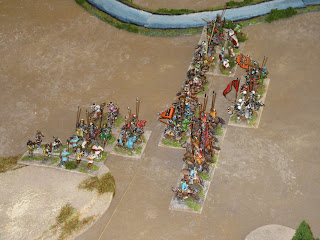 On the next Sassanid bound another cavalry unit succumbed to the infantry (4 - 3) but the bound had not yet played out. Credit goes to Ardashir killing the Armenian king bring the score 5g – 4 for Sassan. 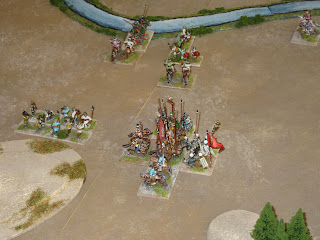 Game 2
The second battle was fought in the ‘next’ valley. Armenia would pursue a similar tactic of winning suitable ground for the infantry to work their wonder. 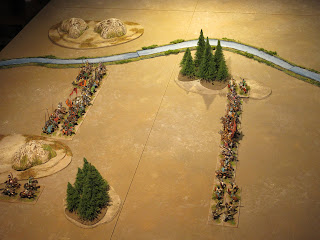 A pip score of six raised their spirits and Armenian infantry seized both wood while the main body closed the distance between the two armies. 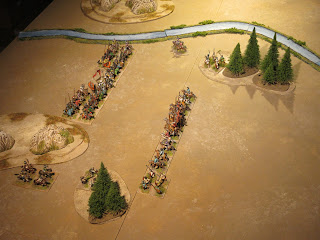 The Sassanid were blessed with an equally high score and threw everything at the enemy including the ‘baking oven’. This resulted in five combats resulting in four Armenian units destroyed. Score 4 – 0 for Sassan. 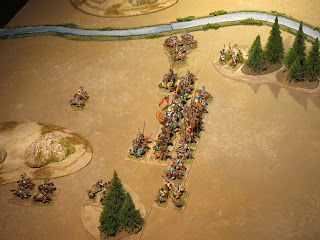 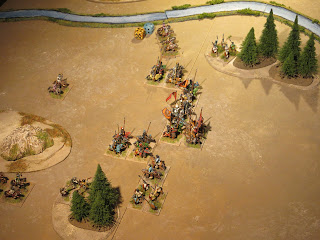 This was truly on of the most bizarre engagements of all the matches to date lasting all of eight minutes.

Game 3
This final engagement brought both sides to an open field nestled between difficult hills and a river. Due to the constricted terrain Ardashir and his nobles formed the vanguard hoping to lure the Armenian so as to make use of his Asavaran cavalry. The majority of the light horse were sent to out flank the Armenian position and draw off their reserves. 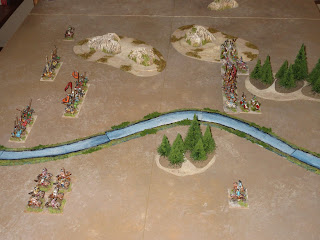 Seeing the mass of Sassanid horse archers, the sole Armenian light horse scampered back to cross the river. Likewise, two infantry were despatched to secure impede any crossing giving the main body time to develop its assault. Armenian javelinmen were successful securing the second hill. 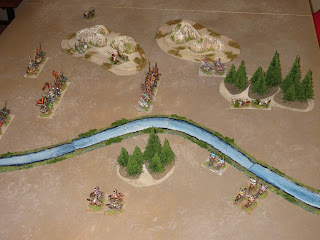 The Armenian light horse turned to face it pursuers as reinforcements were fast approaching. The main battle was well underway with both sides taking losses. 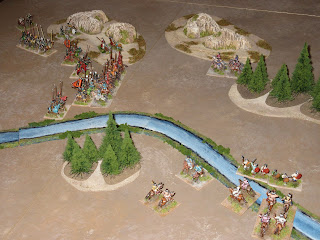 The Armenian King valiantly fought off repeated attacks despite the loss of supporting units. Quickly surrounded, the king perished with his bodyguard leaving Ardashir I the victor. Score 4g – 3 for Sassan. 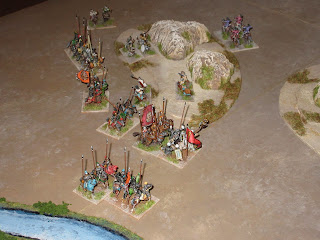