The Witcher Project - The Kingdom of Redania

Redania is the third largest of the northern kingdoms. Economically, it is one of the richest kingdoms, a result from a thriving  industry and its agriculture. It is also described as the granary of the continent from its fields which stretch from the Kestrel Mountains in the east to the sea. Redania held a long history of trade wars with her primary rival, Temeria, but placed these issues aside during the Nilfgaard invasions.

The Redanian political position changed after the assassination of King Vizimir II, during the second Nilfgaard-Nordling war, from a pillar of resistance among the Northern Kingdoms to initiating open aggression against its allies; seizing the Kingdom of Kaedwen after King Henselt's death. 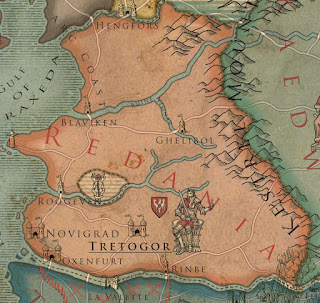 At the Witcher Wikia, readers can find more information about the Redanian army, its strengths, notable units and known battles. With ample loans, the king of Redania was able to increase his troop strength four fold. Not only invading the Kingdom of Kaedwen, Redania invaded Temeria after the assassination of King Foltest; surprising Nilfgaard as she would no longer be facing four kingdoms by one strong power to rival her own. 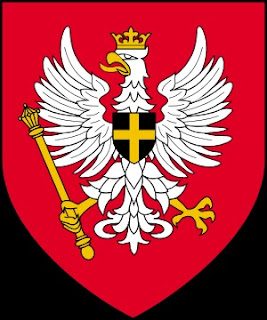 Redania (revised 14-09-2017)
In the Witcher game series, the Redanian troops are depicted carrying banners nearly identical to Medieval Poland; the white eagle on red background. However, further reading in the books describes  Redania as not being unlike Medieval Denmark; an agrarian based economy and maintaining a modest sized Royal army; during emergencies their numbers could be increased with additional levies and mercenaries.

Painting the Redanian army.
In the Witcher series, Redanian military fashion makes use of red and white colour for their uniforms. This theme appears for both mounted and foot units. 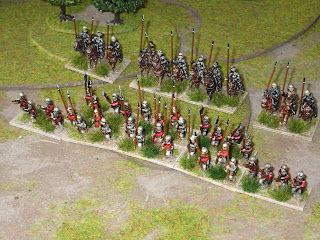