Over the past month I have added a number of 4th/5th c. barbarian armies to the collection. Some, due to their composition,  are easily recognizable, such as the Greuthingi (Goths) comprising of six cavalry (3Kn) and six archers (Ps). Others less so, as they consist of a large number of warband and two or three cavalry elements. With the exception of the Franks, warriors are clothed very similar that shield patterns are the only way to separate one army from another.

Here then are photos of the Tervingi, Gepid, Franks, and Burgundi who now join the previously completed Huns, Alani, Carpi and Sarmatian armies.The miniatures are all Old Glory 15's and considering that many of the figures had their weapons cast along the torso or face I am pleased how every thing turned out This was no small effort to cut the weapons free from their fixed position, however, once free the arm could be re-positioned to give the group an animated look. The Draco standards are milliput on a brass wire frame and a number of foot elements carry them as these can serve as command stands for those armies offering a dismounted general (4Wb). 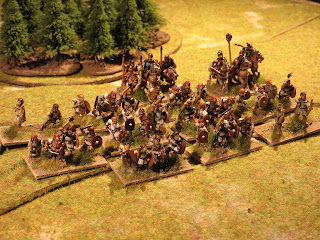 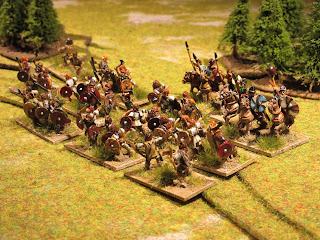 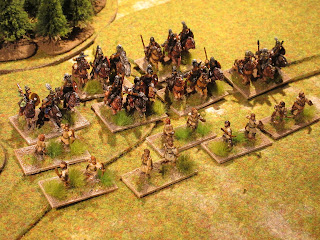 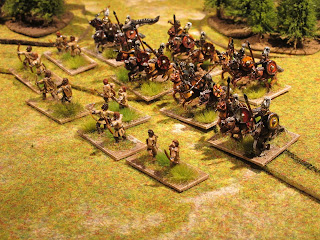 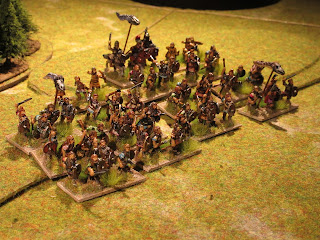 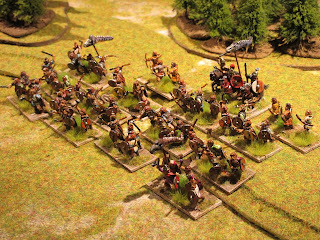 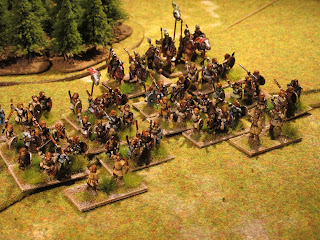 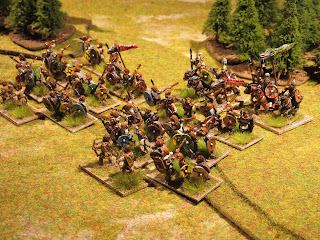