Severan Rome vs. the Tervingi

The Tervingi (Visigoths) became a thorn in the side of the Middle Imperial but for the Later Imperial Rome as well. From the Dniester they set off raiding the Eastern Empire and migrated to the Danube basin in their flight from the Hunnic menace, their army would meet the Romans at Adrianople.

Game one
The battlefield was typical for the Balkan region, rugged hills, forests and small settlements and here the two armies would clash. Both armies secured the right flank on rugged hills with Rome having a slight advantage of wood securing their left. 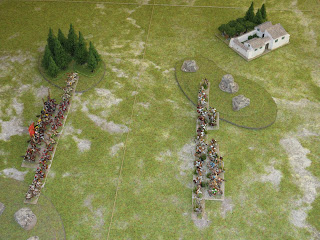 Both armies moved cautiously forward and a short time later Roman horns were heard up and down their line to signal the general attack. The sudden attack caught the Tervingi off guard and despite their lines buckling under the weight of the heavy infantry, the Roman assault was contained. 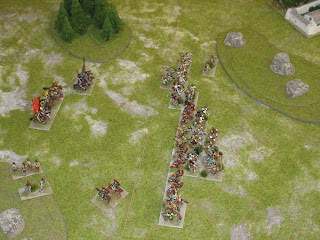 Recovering from the onslaught the Tervingi unleashed their own fury which surprised the Roman infantry. In less than one half hour, the Roman line disappeared. Score 5 - 2 for the Tervingi. 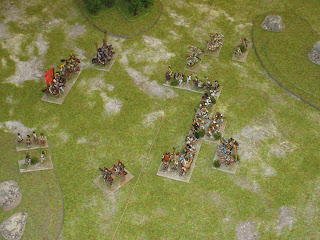 Game two
The Tervingi deployment had two minor adjustments, dense columns of warband were positioned on each flank while Rome interspersed auxilia and cataphract to stiffen the heavy infantry. 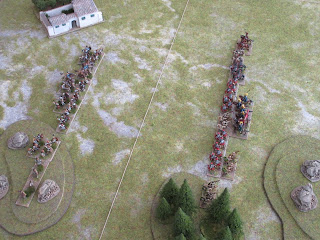 Both lines wheeled to the right seeking advantage, the Tervingi had secured the wood behind the Roman left flank and the Roman light horse were looking for similar opportunities on the opposite flank. The Tervingi were quick to seize the opportunity and flooded the Roman centre with attacks by warband columns and the noble cavalry. Score 4 – 2 for the Tervingi. 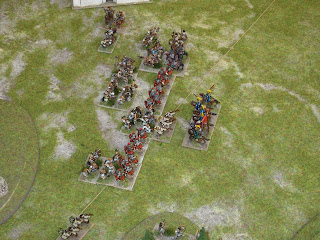 Game three
The final battle had the Tervingi positioned with her flanks covered by wood and difficult hill. Rome deployed in a similar fashion as the previous battle but placed her cavalry support on the left flank. 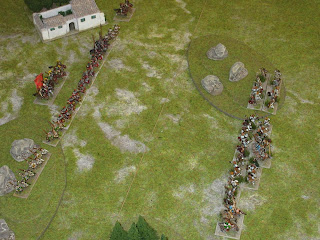 The Tervingi wheeled right dropping back two units on the left to cover any Roman attack on that flank. 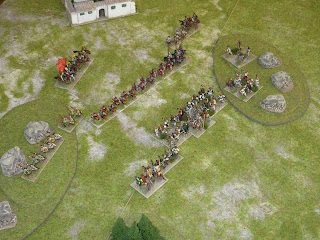 The Tervingi charged first and with a high pip score could reposition supporting units to add weight to key spots in the Roman line. 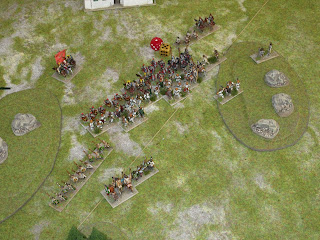 The tactic did work well for the Tervingi but Rome was not slow to take advantage of those units breaking through. Amid the dust the Tervingi general was seen pursuing the Roman commander and at this point all control was lost as both sides were delivering killing blows. Score tied 4 – 4. 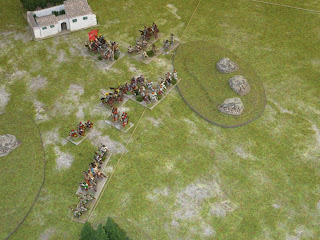 The dance of death continued for another round with both sides even, 5 – 5. Suicidal attacks were made by scattered bands on both sides, but this time Fortuna smiled on Rome. Score 7 – 5 for Rome. 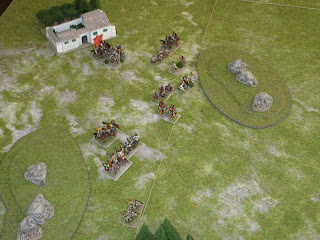