Severan Rome vs. the Caledonian

Historically, the campaign against the Caledonian was to be Emperor Severus’s final one and they like the emperor pass away into history. Future military operations in Northern Britain would have to contend with the more aggressive Picts.

Game one
Rome met the Caledonian army crossing the fields which dotted the valley floor. Deployed in the standard fashion, heavy infantry in centre flanked by auxilia and cavalry in reserve, they remained in position awaiting the Caledonian rush. 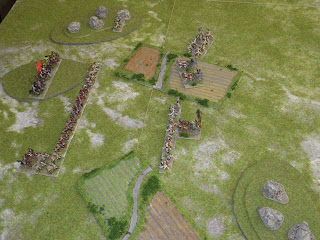 On the given signal, Rome moved forward, the infantry line opening their left to allow the reserve cavalry to attack two warband columns. 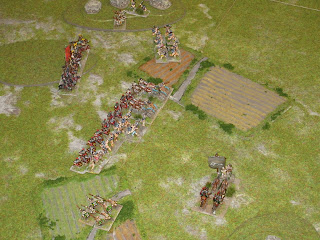 The slaughter was immense as the valley floor was littered with nearly half the Caledonian army. Score 0 – 5 for Rome. 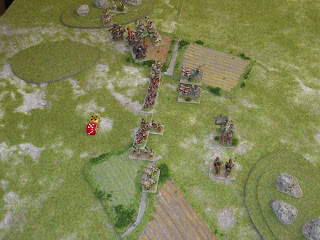 Game two
The following battlefield had similar characteristics as the previous, difficult hills and a few grain fields which allowed the Roman army to deploy in an extended formation. Adding units of cavalry in the first line the Roman army dwarfed the Caledonia thought they had equal numbers. 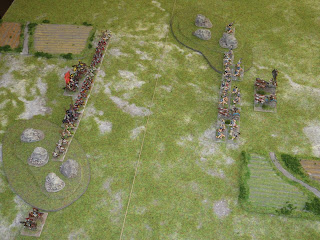 Wheeling to the right, the Roman line easily overlapped the Caledonian dense formations. 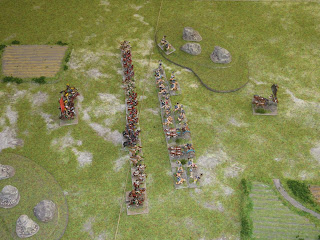 The auxilia were able to contain two dense columns of warband while the heavy infantry made short work of crushing several smaller formations creating large gaps in the Caledonian battle line. This gave the Roman cavalry an opportunity to flank a number of warband and chariot units including the general’s. Score 1 – 6 (g) for Rome. 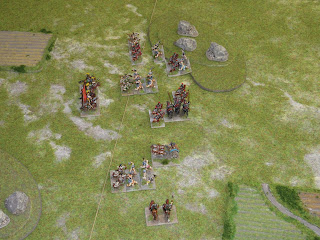 Game three
Difficult hills now lined one side of the battlefield and it was here that most of the Caledonian infantry were deployed leaving the open ground for the chariots and light troops. 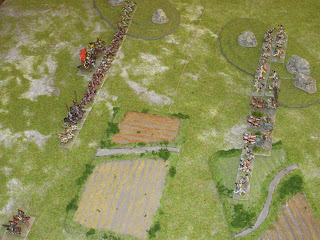 The Caledonian plan was to sweep the hills clear of Roman auxilia and flank the Roman heavy infantry while the chariots would keep the remaining Roman troops occupied. The fields were sodden from a heavy downpour which would create problems for the Roman right wing. 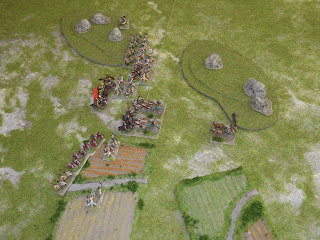 Unfortunately, the Caledonian lacked the stamina to clear the hills of auxilia giving the Roman heavy infantry supported by the reserve cavalry time to break up their centre formations. Score 0 – 4 for Rome. 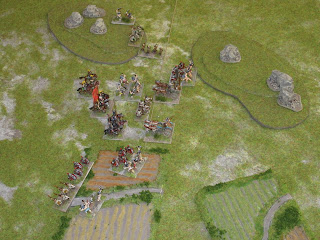