Historically, the meeting of Rome and Parthia was another flame in the greater conflagration that swept throughout the empire. Parthia’s army had not changed much since the day it fought the Seleucid and so speed and manoeuvre would play a key role in today’s matches.

Game one
Parthia defending had placed two woods, a gentle hill and a hamlet of which Rome selected the hill as part of her deployment area. 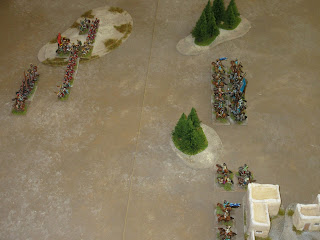 As expected Parthian horse archers fanned out toward both Roman flanks in an attempt to encircle them and to counter this Rome would form a contiguous line with supports on each flank positioned back. 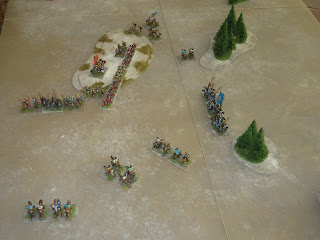 By now the loose formations of horse archers were beginning to form lines and not unnoticed the cataphract were steadily moving forward. 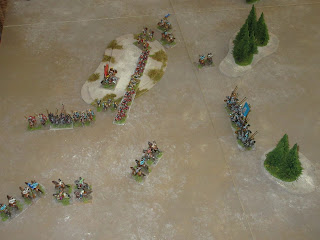 As the horse archers kept the Roman cavalry busy the cataphract moved toward the apex of the two lines creating a weak spot by destroying a unit of legionnaires. 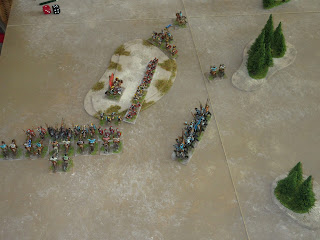 Pealing troops from the left flank these were sent to contain the threat caused by the cataphract. Roman cavalry held their ground despite losing the Clibinarii to effective Parthian shot and further along the battle line Rome gained the upper hand to win the game, score 2 – 4 for Rome. 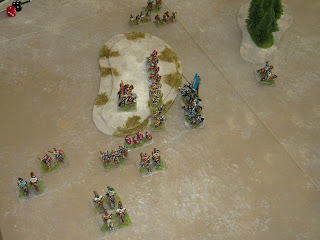 Game two
Parthia deployed in a similar formation and across the battlefield Rome anchored her left flank near a small hamlet extending her line toward the hill with the cavalry positioned at its crest. 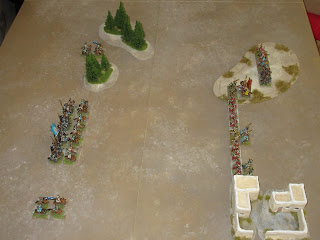 In centre, the Parthian horse archers opened up to allow the cataphract to move forward creating a continuous line while small formations of horse archers moved forward to keep the Roman flanks occupied. 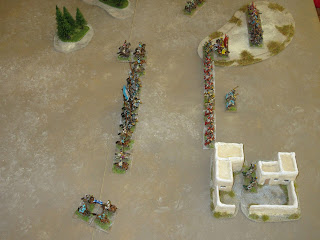 The Parthian formation crashed into the waiting line of legionaries, this resulted in many units being thrown back, but before the Parthian general and bodyguard destroyed their opposition. 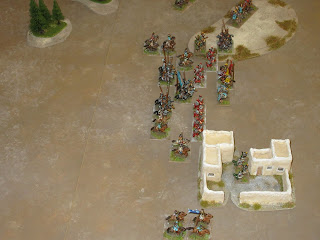 Redoubling their effort a panic seized the Roman infantry as many of their number fell to the slow methodical advance of the Parthian. Score 5 – 1 for Parthia. 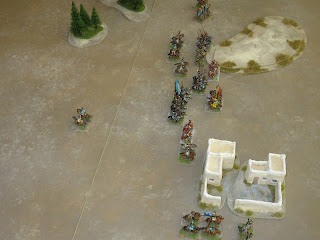 Game three
Rome defended this time and Parthia selected the area about the hamlet for their deployment giving the hill position to the Romans. Recalling the last stand of Crassus this was taken as a good omen. 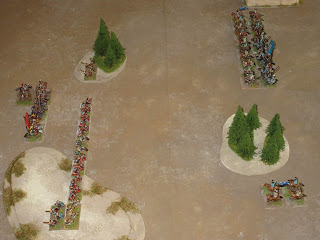 Looking somewhat shaken Roman infantry repositioned their units near the base of the hill. 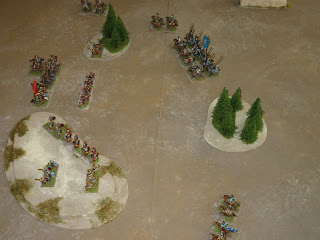 Emboldened by their temerity Parthian horse archers screening the cataphract cavalry now moved off toward the hill occupied by the legionnaires. Seeing the change in formation was not yet complete the Roman commander ordered a general attack. 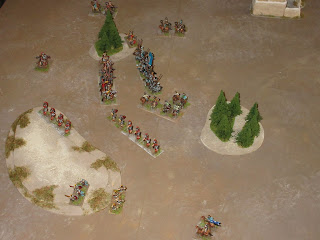 These caught the Parthian by surprise and in the general mayhem horse archers were fleeing in all directions and those that did not retire quickly were cut down. Parthian cataphract held back two attempts at encirclement, but Roman cavalry were equally determined to gain the upper hand. In this they finally succeeded ending the battle to score 1 – 5 for Rome. 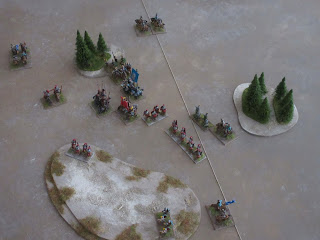