Severan Army vs. Kingdom of Armenia

We have encountered the Kingdom of Armenia in an earlier test series against the Seleucid and that same composition of troops will meet the Severan Army for these three games. Due to the time period, the Armenian can now call up the assistance of a number of allied contingents. As per our format, the first game played is with an unaltered list.

Game one
Armenia is defending and places difficult hills and woods as per die cast. Rome attacking have seized the hilly area to face the Armenian army and place their heavy infantry at the mouth of the valley with auxilia positioned at the hill top, cavalry are held in reserve. 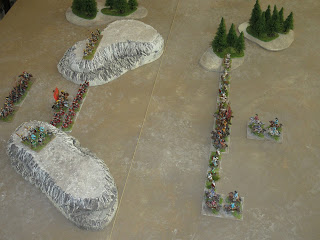 The Armenian general has decided to take the initiative and capture the heights overlooking the Roman left after which time the cataphract supported by javelinmen and horse archers would attack the Roman centre, sending cavalry via a route opening at the Roman rear would occupy their cavalry reserves. 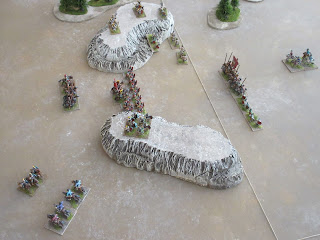 Armenian patience grows thin as the hilltops are not cleared as quickly as planned, but the tell-tale cloud of dust does indicate Roman reserves are being sent to stave off the threat to the rear. Noticing that the Armenian attack is losing its momentum the Roman centre launches an unexpected attack. 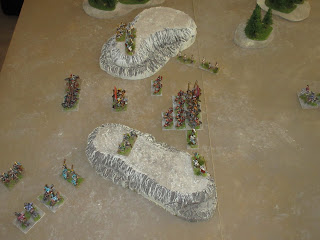 Caught totally off balance, the Armenian loses a good number of cavalry and their commander signalling a general route. Score 2 – 5 for Rome 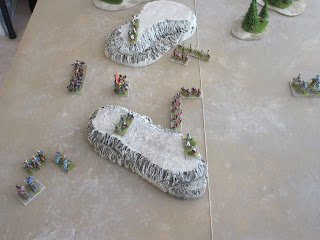 Game two
Rome catch up to the Armenians deployed for battle at the end of a valley and among the ranks can be seen new banners and standards of cavalry units (it became later known that Armenia called on Parthian allies to supply a contingent).  Battle lines were askew of one another so both armies would need to wheel to meet head on. 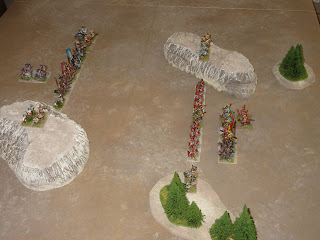 Maneuvering to cross the valley floor proved difficult for Armenia and Parthia as their respective groups took longer to align them and the Roman formations could be seen to close the distance between them. 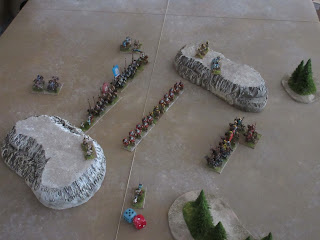 Rome struck first, but the dense formation of cataphracts sent most cohorts back, the Sagitarii were fortunate to cut down a unit of horse. That was small consolation as Rome had twice as many casualties. 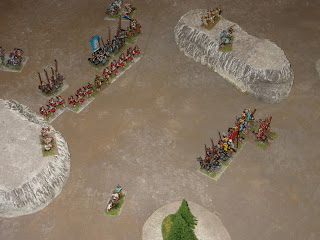 The Romans quickly moved into a routine and were cutting down their opposition including the Armenian general. The jubilation and cheers at the end of the valley were picked up by the auxilia atop the hills, the cavalry were not to be a part of the plundering today, score 2 – 5 for Rome. 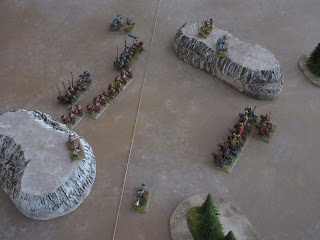 Game three
This time, the hills would not interfere with Armenian cavalry operations and the small woods would serve the javelinmen and archers as cover. 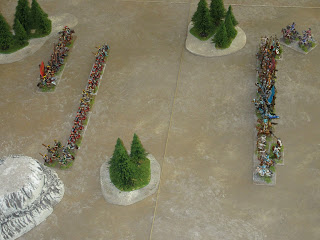 The Armenian-Parthian coalition moved slowly forward to give her infantry time to position them in the wood, the signal to advance was not seen by all unfortunately. Rome moved quickly to take the wood and using this position wheeled her battle line to the left. This would force the enemy cavalry to adjust their approach thereby blocking any potential fire by the archers positioned on the right flank. 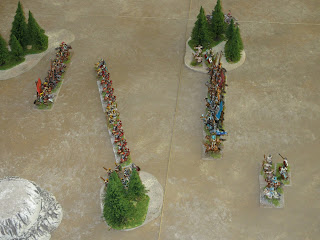 Altering the initial plan, the Armenian general deployed all his troops into extended line and would overwhelm the Roman first line. 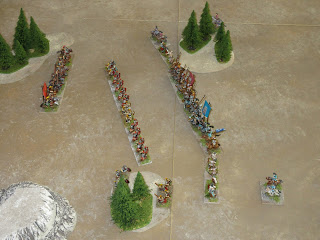 Rome countered by moving her centre slowly forward and throwing both wings forward to attack the enemy infantry. This resulted in exposing the Parthian left and likewise the Armenian right was seriously threatened. 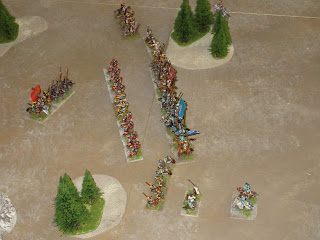 The Parthian was able to recover and destroy two units of legionnaires bringing the coalition close to victory. Close to victory, the Roman second legion sent both supporting cataphract back leaving the Armenian general to face the wrath of Mars. Score 3 – 4 for Rome. 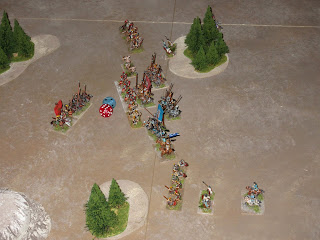