Having suppressed a coup attempt and brought to heel a number of less than enthusiastic satraps Antiochus III could now contemplate a campaign to bring the eastern satraps of Parthia and Bactria back within the empire. Historically, Polybios gives us no specific details other than the campaign lasted two years and it was successful.

The three test games bring a predominately infantry force against a highly mobile enemy consisting of cataphract nobles and tribal horse archers. Recalling Alexander’s campaign against the Scythian, Antiochus III led his troops to meet the elusive tribes of Parthia.

Game one
The satrap of Parthia is one vast area of steppe is this is where the Seleucid confronts their enemy. The remains of a vacant hamlet resting on a gentle hill served to anchor the Seleucid right flank so the phalanx and other foot could extend their line 400 paces across. Echeloned to the left rear were all the mounted troops supported by the thureophoroi.

Parthia split her forces into three groups with the centre facing the Seleucid army and horse archers were positioned on the wings to take advantage of any flanking opportunities. 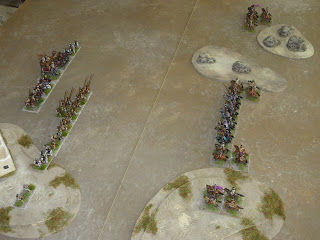 By turn three a general battle ensued with the Parthians attempting to push the Greeks back on to the hamlet. 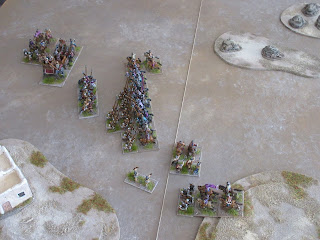 The Seleucid flanks held against the horse archers, but the pike units were crushed by the charge of the heavily armoured cataphract. 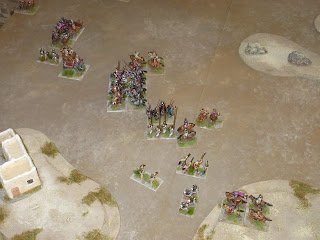 Parthia took advantage of the Seleucid broken line and to see Antiochus carried off the field, scores 3 – 4 for Parthia. 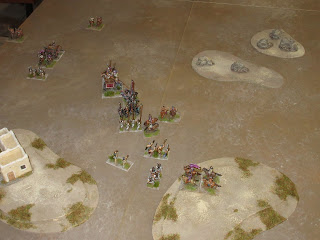 Game two
The Seleucid, now defending chose a battle ground with a stretch of river. This particular crossing area provided good ground for light troops to operate in against the horse archers and a gentle hill to serve as a rally point if things became difficult.

Parthia approached the river line and seeing the Seleucid was inviting them to cross and accept battle gladly obliged. 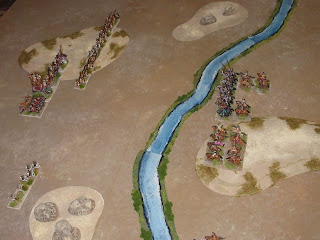 The river was fordable, but deeper than expected and consequently troops had to form columns to cross. The Seleucid moved forward at a steady unhurried pace. 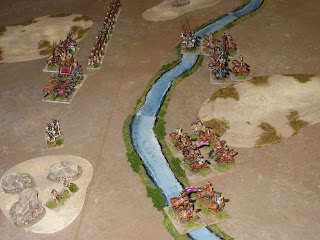 Those riders who lost their footing or slipped off their horses made the river crossing torturous and so the passage slowed giving the Seleucid time to close the distance. 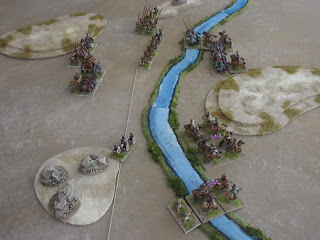 Reaching the bank in time, the phalanx repelled the Parthian crossing, yet on the right flank, the thureophoroi and Cretans held their own but could not stop a third column from slipping through. In two bounds these managed to encircle the Seleucid position to threaten their rear from the hill. 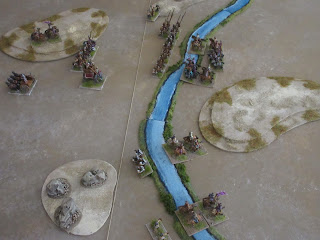 Due to the prolonged period to cross some units panicked only to be swept away by the rapid current and the scythed chariot took care of the horse archers at the rear of the army, score 4 -  0 for the Seleucid. 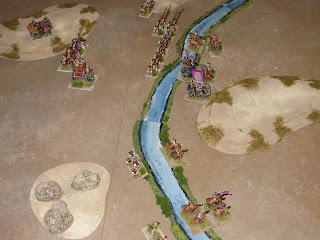 Game three
Following up their victory, Antiochus found the Parthian ready for battle on a cavalry plain. 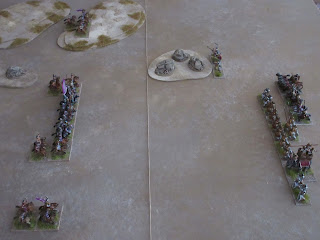 As the Parthian centre moved steadily forward, the horse archers on the flanks moved rapidly forward to encircle the Seleucid force. 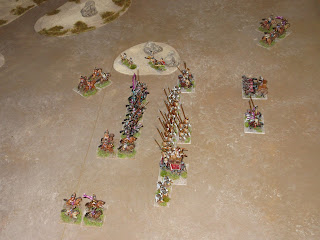 Confident that the cataphract to make short work of the Greek phalanx the Parthians struck. 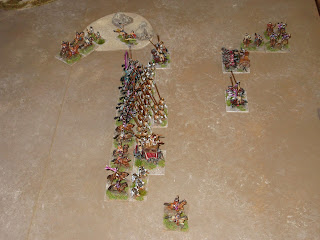 Gaps appeared up and down the line with each subsequent bound revealing isolated combats with troops on both sides recoiling or fleeing or dying, with the casualties mounting evenly for both sides, 2 – 2, 3 – 3, 4 - 4. 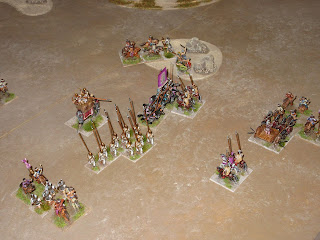 The battle ended when the Parthia warlord was surrounded and struck down by the members of the guard cavalry and Galatians. Score 6 – 5 for the Seleucid. 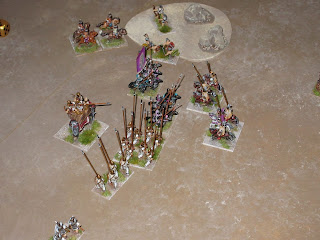