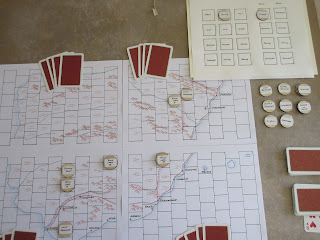 April (Roman Player)
Both proconsuls redoubled their efforts to improve their negotiation skills and this did deliver a new tribe as “Friend of Rome”. Evidently the tribes of the Ebro valley were not impressed and remained aloof to further dealings with Rome. 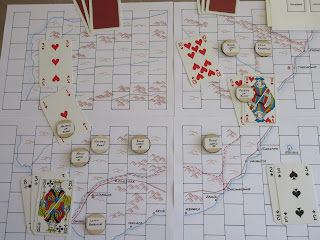 Perseverance did pay off as the proconsul in the north did gather some extra income. 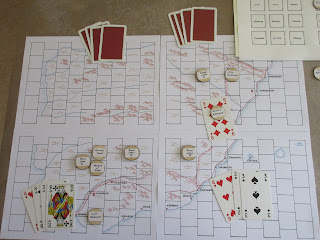 Neither proconsul could generate any further activity for their turn and “passed” on their remaining phases.

April (Spanish Player)
Attempts to sway some tribes to fight against Rome failed and neither Spanish player could make use of the next phase and therefore passed. 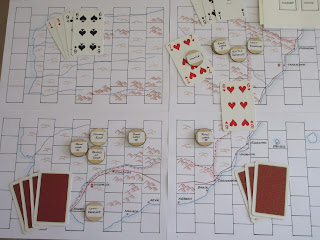 Supply lines are critical to the Roman player as without supply there can be no movement. The Spanish player made a bid to wreck Roman supply in the south and this failed, Rome was vigilant. 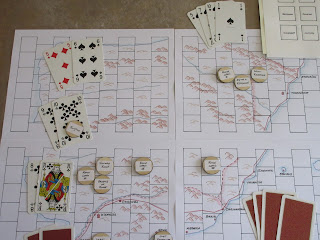 No bid for the final phase and the counter moves forward on the tracking sheet to May and the start of Rome’s turn. 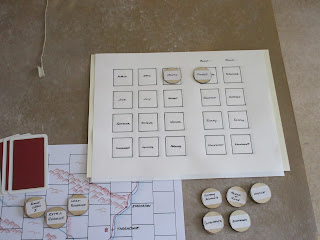 May (Roman player)
Both proconsuls were able to garner new friendships among the certain tribes and new counters were place signifying “Friend of Rome”. 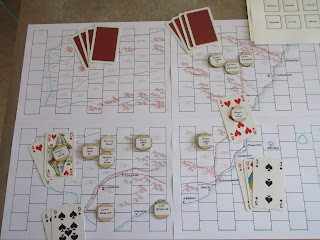 The momentum brought with it two successful discoveries of additional revenue. The situation in the south was definitely improving.

The following two phases were not acted on and therefore passed.

May (Spanish player)
Lacking the proper cards to play the diplomatic phase, Spain moved on to create some skulduggery in the finance sector, this had the opposite effect as Rome gained extra revenue. 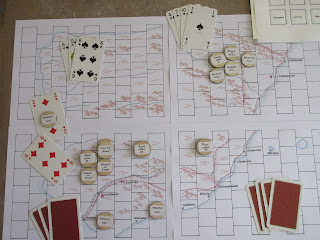 Rome remained vigilant and thwarted attempts to sabotage her supply. 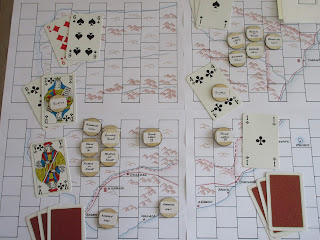 The Iberian tribe which took a thrashing by Rome early this year decided to even an old score with a neighboring tribe now declaring itself as Friend of Rome. 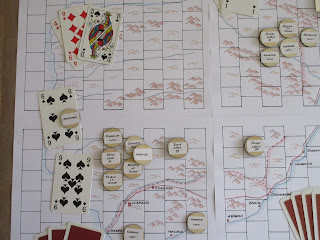 This brought the campaign its first battle among rival tribes and battle report will follow.
Posted by Timurilank at 00:09