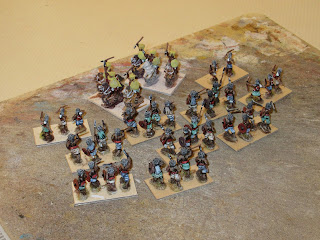 The Milliput should be thoroughly cured tomorrow that I can finish the cavalry elements. One more day for groundwork and grass, these should be ready for their final photo this weekend. And this is just in time as a delivery arrived yesterday with figures for my latest project.
Posted by Timurilank at 10:49