These pictured are Old Glory Armenian cataphract and the two packs ordered are enough for two commands (2 x 4Kn ea.). Three of the figures have shields and will make a separate command element for a later period or perhaps another army.

See illustration number 95 of Phil Barker’s The Armies and Enemies of Imperial Rome.

The horse archers are a mix of Old Glory Parthian and Sarmatian figures (4 x 2LH ea.). To add variation, I separated bow from the upper thigh to turn the angle of the bow to a horizontal position or lowered the bow so as to load. 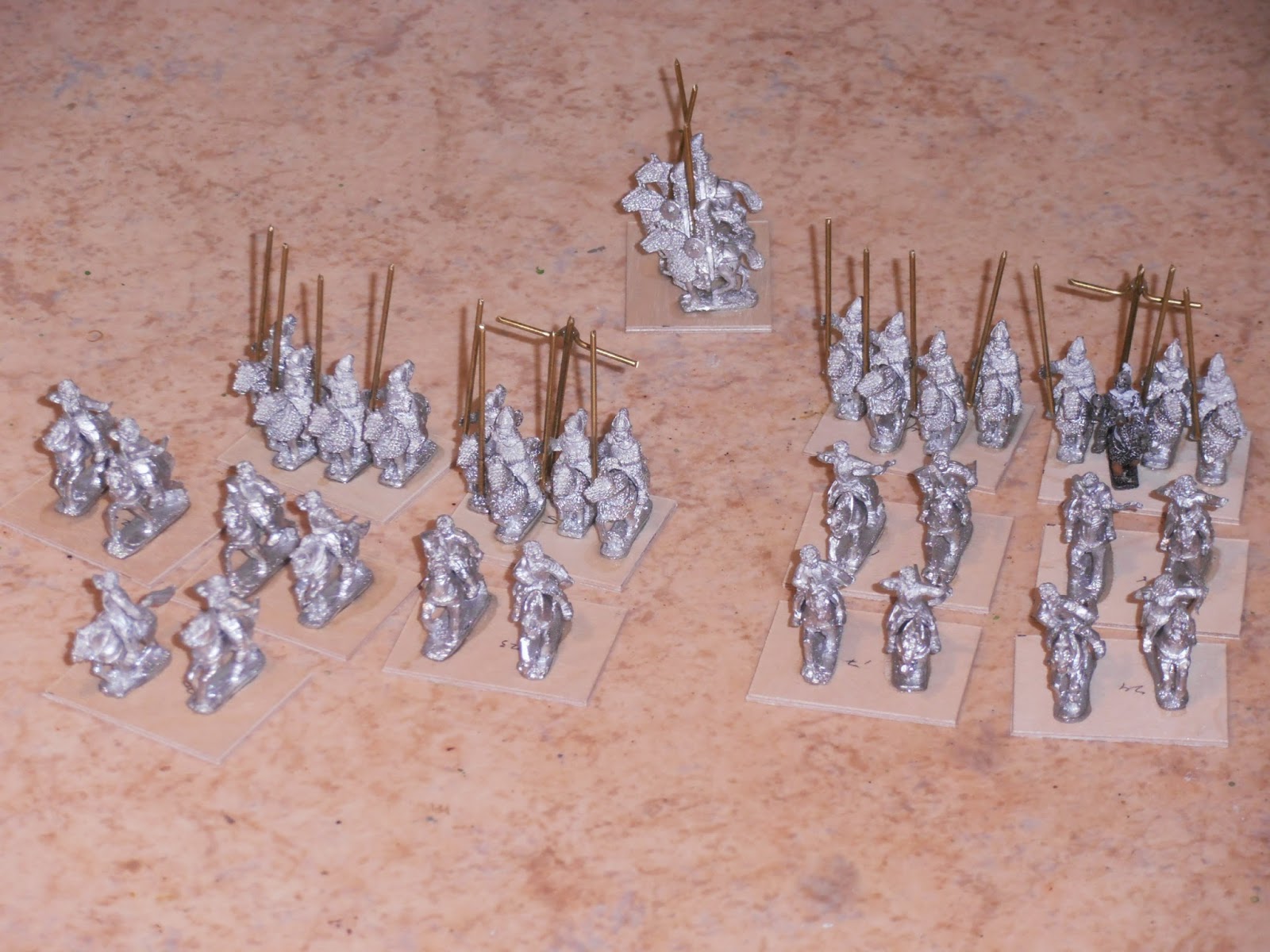 The infantry are Old Glory Armenian javelin and bowmen. 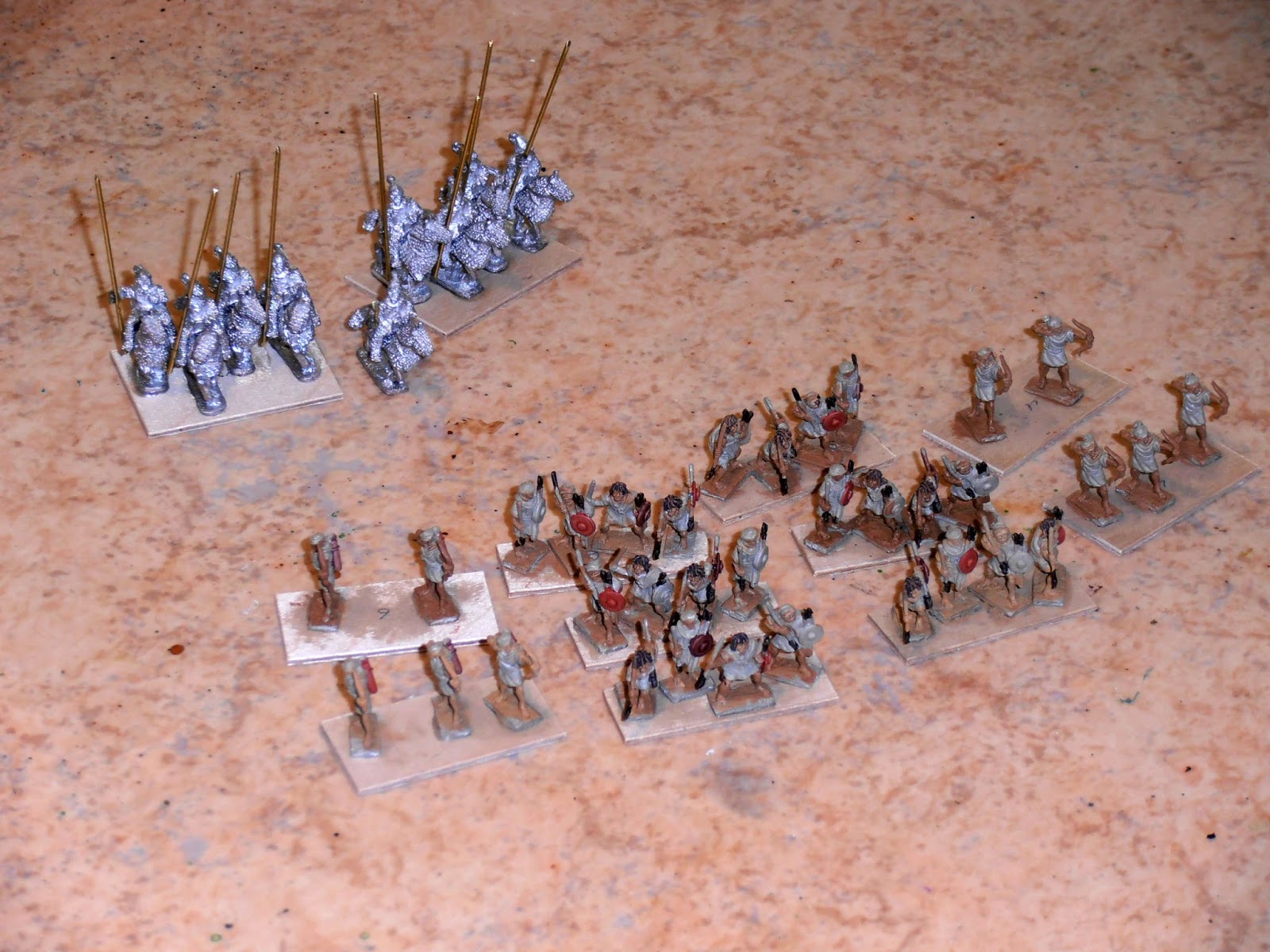 The quantity of Cataphract and horse archers are enough for two commands. In the background are extra Cv and LH elements. In a few days these will be ready for varnishing and later ground work and flocking.

In less than a week, they will be ready for a number of test games against their most likely opponents; Rome and Parthia.

Cheers,
Posted by Timurilank at 01:01