Assembling a list of armies for this project, I wondered if it wise to add any Arabo-Aramean armies as the desert nomads were a versatile ally for Rome, Parthia and Sassan.

Further investigation proved II/22c, d, and e could be used within the period covered by this project and the difference between the army list of 2.2 and 3.0 are not great. All three options basically have a bodyguard of Kn, with a host of archers backed by javelineers and swordsmen and camel mounted caravan guard. 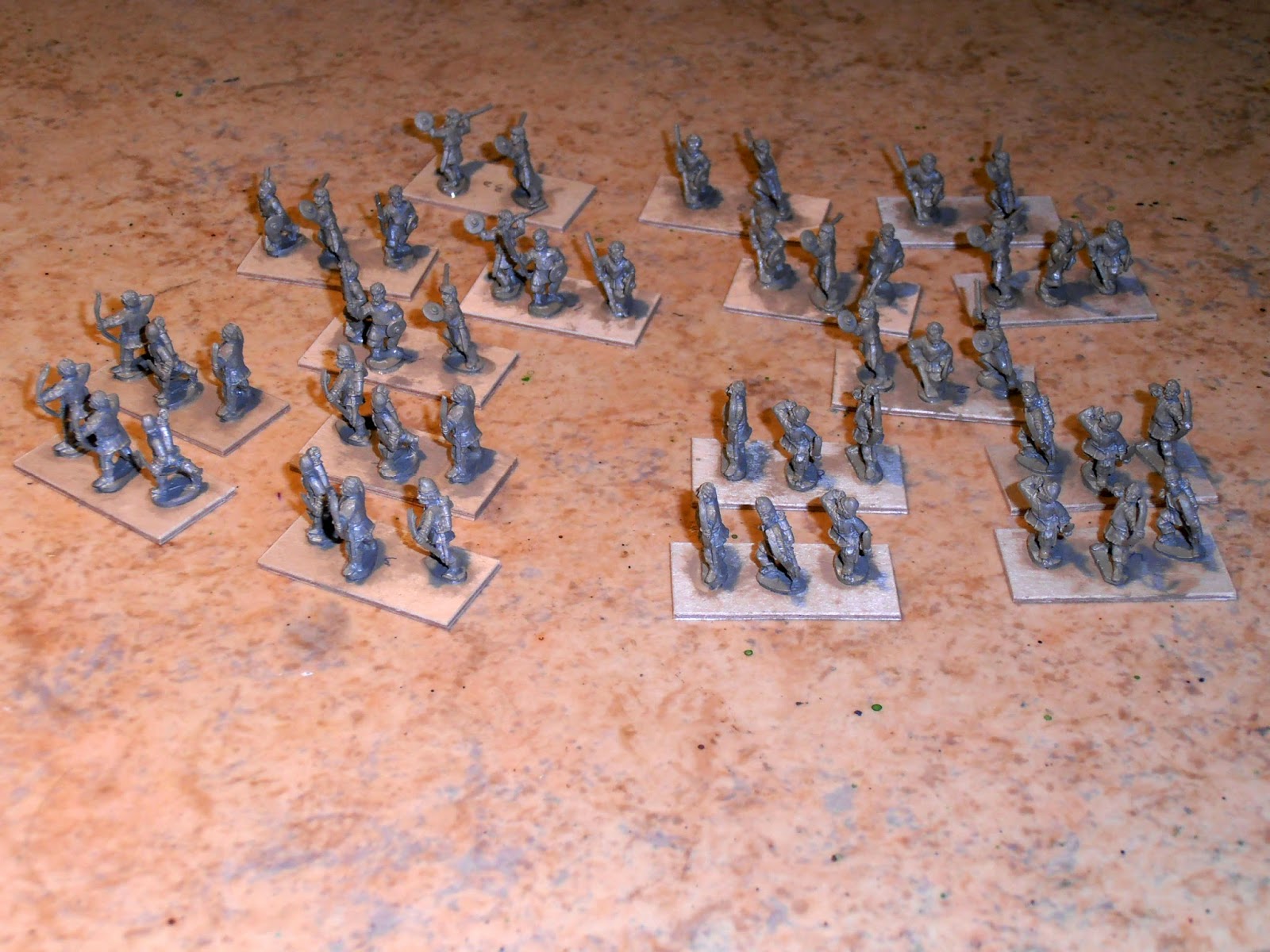 Individually, these may not fare too well against Rome, but for the larger scale battles they could add an extra dimension to a game. Historically, Hatra did a grand job of “thumbing” their noses at the Romans but less so against the Sassanid.
The figures making up the infantry for the two armies are a mix of Old Glory Armenian infantry and Sassanid archers; two elements of javelin types will be converted to fast blade.

Not pictured are Eastern Roman figures in chainmail, helmet and cloak which serve as a palace guard, the remainder will be painted in muted colours.
I know Essex offer armoured camels, however, I opted to combine all my purchase from one source, Old Glory. They offer 6 camel guards to a pack, which was exactly what was needed. 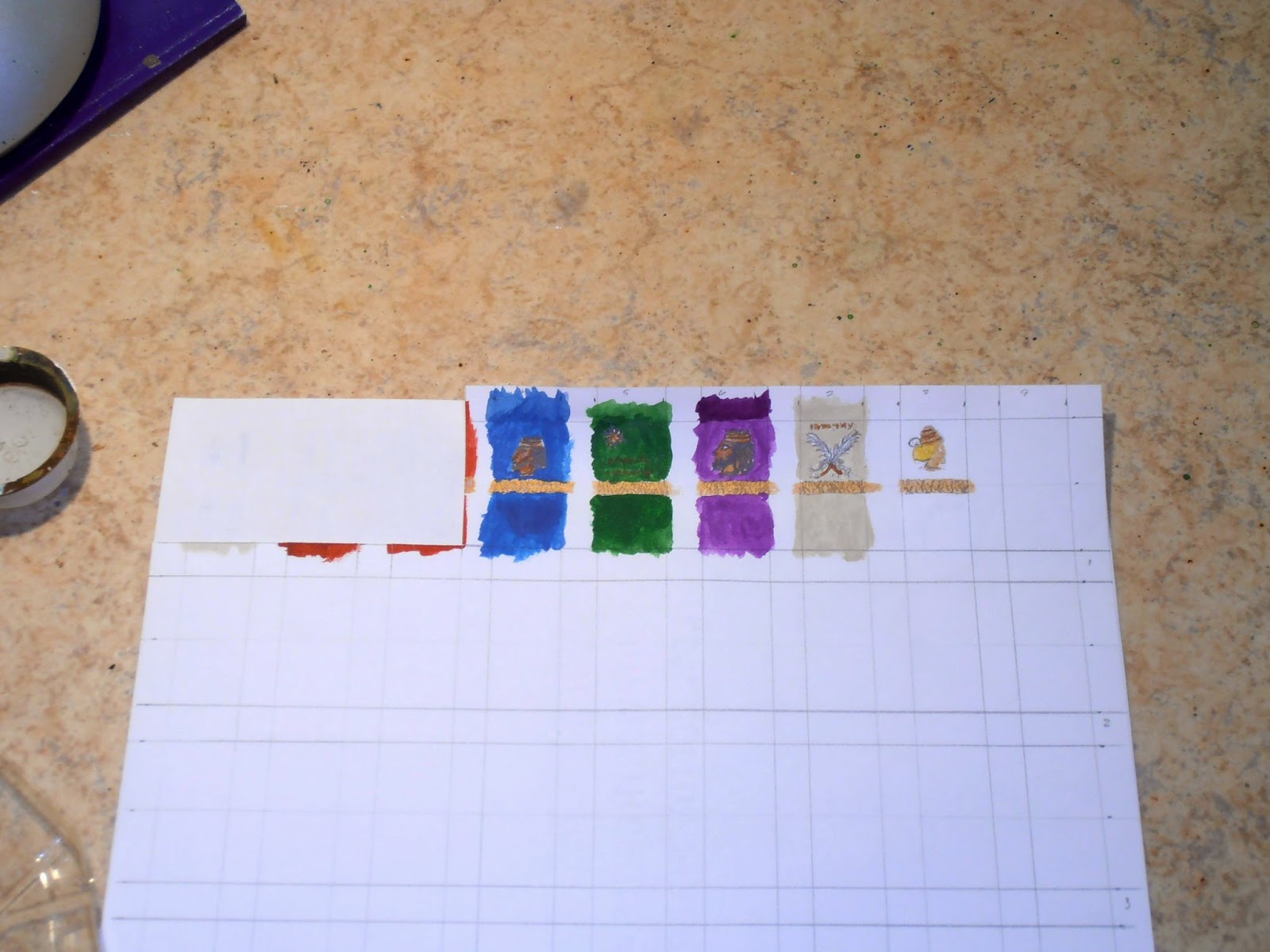 The design of the Hatrene banner came from a suggestion by “Swampster” at the Fanaticus Forum. The article (link) was an invaluable source covering religious symbols of the period. Next post: the Kingdom of Adiabene.