The end of the First Celtiberian War allowed a return to life as usual for the provinces of Hispania Citerior and Hispania Ulterior. Supplies and new levies continued to move overland through the thin corridor between Provence and Hispania as the use of ship transport was not always a possible, seasonal winds and rough seas would make such a journey hazardous.

Along the route from Massilia to Tarraco lived the Aquitania and Vasci tribes, not unduly hostile toward Rome, but were not averse to resolving their disputes with neighbouring Celtic or Iberian tribes by force of arms. Yet periodically, a new warlord or a warband of young-bloods would find a Roman convoy heavily laden with booty from Hispania or fresh levies of Roman and Latin allies too irresistible to let pass. Unfortunately for history, Livy found such events unworthy to pen, so here are a few episodes which history deigned to ignore.

Young warriors of the Aquitani were eager to skirmish with Roman troops. Wood covered hills on either flank would funnel an Aquitaine assault and it was decided to clear the hills of its Latin defenders before attacking the Roman centre. 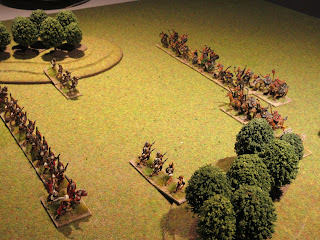 The Latin auxiliaries offered stiffer resistance which stalled the anticipated assault on the main Roman line. Seeing this, the consul ordered the hastati and principes forward. 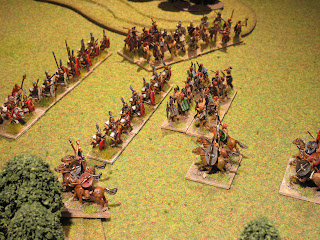 The battle lines thinned as casualties mounted on both sides (3 – 3). Gaining the upper hand against the Aquitani fighting on the slope, the consul ordered the triarii forward to turn the close fought battle for Rome, 5 – 4. 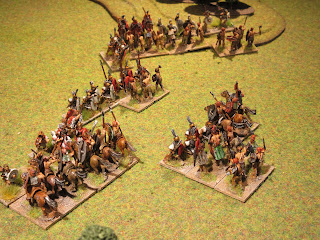 Consuls were chosen to serve for one-year and in extreme circumstances this could be extended, accompanying the consul were fresh levies to fill the legions and its Latin allies. Troops that fulfilled their term of service would return to Italy laden with plunder and their victorious consul.

Anxious to return home, the consul had set off before dawn leading his under-strength legion and wagons, one more hour and they would set camp for the night, away from the marshland. 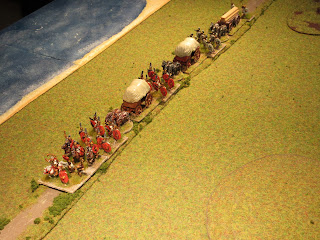 Behind the crest of low hills, the Aquitani awaited the signal to attack the unsuspecting column. 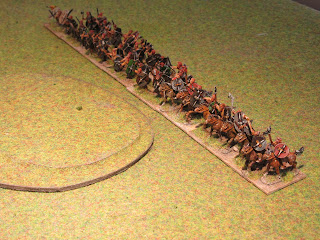 As seasoned veterans, the column broke out into line formation to face the expected onslaught allowing the drovers to chivvy their animals further. 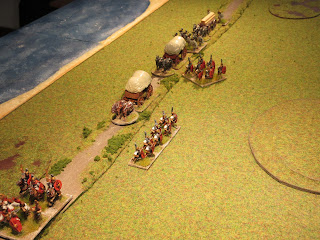 The battle developed into small pockets with Aquitani cavalry attacking the principes and warriors the remaining Roman and Latin troops. 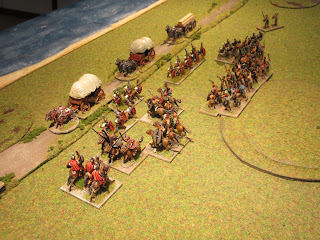 The battle was brisk leaving the consul and equites to take flight as the first wagons were being plundered, (4+Wg – 1). 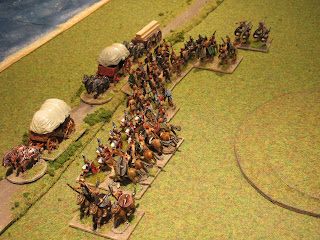 Each baggage wagon replaces a foot element and there are three for this scenario. To plunder a baggage wagon, treat this as a camp accompanied with handlers (camp followers +2/0), each wagon sacked counts as one element lost.