In 358, news of the impending campaign by Shapur II against Rome emboldened a number of leaders of the royal houses in Sassanid occupied Armenia, to seize the opportunity to rebel against their overseers. During the winter months, plans took shape and an informed Eastern Rome would assist with their own invasion against the Persians.

In the Spring of 359, the Sassanid army marched toward the frontier to intercept the Roman incursion. However, news filtered back of an uprising in the northern region of Perse-Armenia and as the uprising gained momentum, the Persian governor quickly assembled an army, stripping garrisons of their troops and marshalling loyal Armenian nobles and their retinues to march north.

Both armies, II/69b Sassanid and II/28c Armenia, are doubled giving each side 24 elements. On the whole, the Armenian army were lighter equipped and comprising of an equal number of mounted and infantry would have a difficult time meeting the Sassanid on the open plain, but would hope to lure the enemy toward the rough terrain of the north. The Sassanid held superior numbers of cavalry and infantry were supplied by loyal Armenian nobles.

Terrain for the battle featured, two difficult hills, two woods and one fortified village to be placed on a game board of 120cm x 80cm.

From their position near the fortified village of Cozala, the rebel alliance could view the deployment of the Sassanid host. Taking a central position were the asavaran cavalry forming two lines with vast number of infantry forming on either flank. And lastly, in the gap, between infantry and cavalry, the dreaded elephants moved into position to complete the Sassanid deployment.

In comparison, the rebel line looked extremely vulnerable as their cavalry were not as well armoured and their infantry were outnumbered. 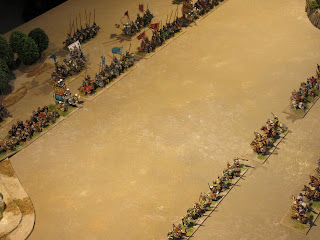 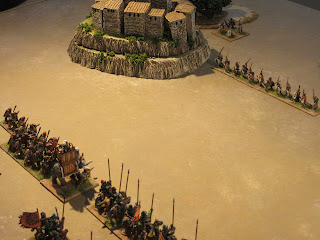 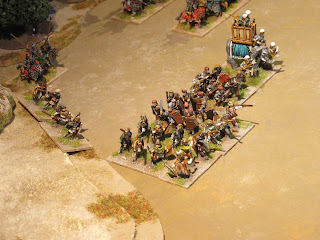 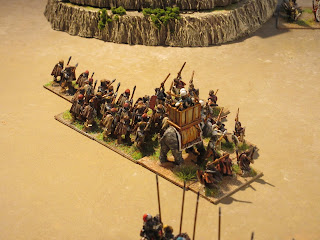 Both flanks thoroughly engaged, the Sassanid seized the moment to launch the asavaran cavalry against the Armenian center. 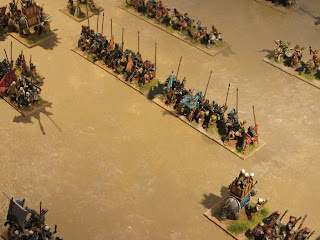 After destroying half the Sassanid infantry on the left, the Armenians found themselves cut off and surrounded by Sassanid cavalry. The situation looked grim as no help would be forthcoming, 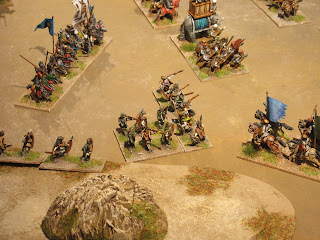 Rebel resistance collapsed after two hours of fighting (8 turns), leaving the infantry to seek refuge among the hills and the cavalry to flee north. An 8 – 3 victory for Sassan. 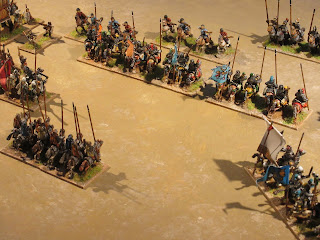 Too good to pass up, the battle was re-played using the same terrain, but armies exchanging deployment areas. Armenia kept their battle formation while Sassan made minor changes to accommodate the restricted terrain and the Armenian defended village. The game developed into a nail-biter as both sides reached break point (8 – 8) on turn nine. A fortuitous pip score for Armenia tipped the scale to end the battle with a 10 – 8 victory for the rebels. 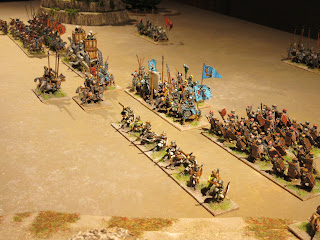