You can see an overview of the figures in photo number one; these will cover all the options for army list III/33. The Sudanese ‘ansar’ figures all lack shields and a recent order on Donnington with their great selection of shield types will rectify this.

After an hour and a half you can see in the second photo the result of figures separated from their old bases, cleaned and bagged. Figures such as the generals, their bodyguard and lancers, will be worked on first as these have shields and can be later rebased.

Aside from repositioning their lances, all the cavalry horses have their tails shortened to allow better placement on their new bases. These should take a few days to paint and rebase, then I can move on to batch number two, the Berber light horse. 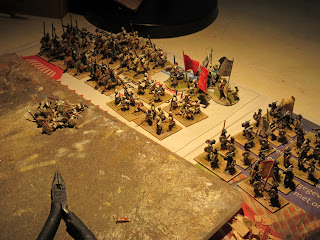 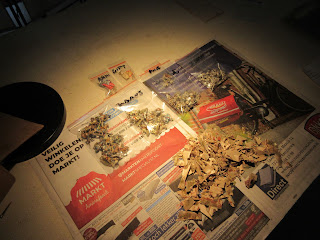 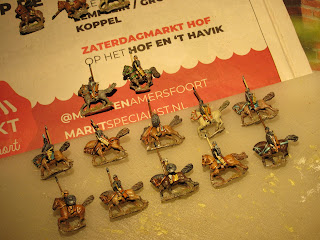 Shields arrived recently and completion of the Muslim North African collection moved into high gear. Painting the infantry in varied colours was helped with the use of a guide showing the alternating pattern between tunic and turban. The light horse followed a similar pattern. 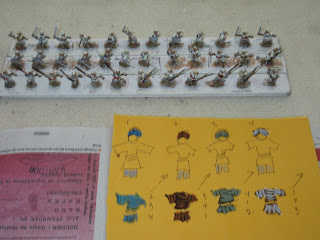 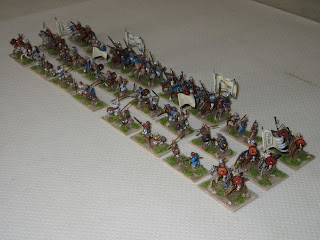 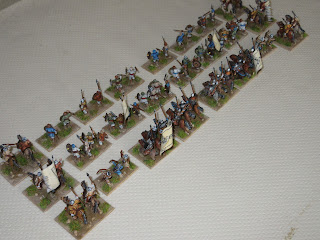 What remains of the former Colonial Sudanese army is being parcelled out into future medieval Muslim armies, but more on that at a later date.