This is the first of a series of historical matches for the armies of the Black Banner project. There are a dozen armies involved which will be played out in chronological order.

The conflict between the Nobades and Christian Nubian takes place on the southern frontier of Umayyad controlled Egypt. The Nobades are the aggressor for the initial encounter and subsequent battles the loser of the previous match is the defender. Both sides have ‘dry’ as home terrain, but for game three, either player may use allies if available as an option.

Game 1
The Nubian army formed their line at the base of two large hills facing the Nobades deployed between the village and rough ground.  Forgoing the positioning of a reserve, the Nubian line extended further than that of their opponent. 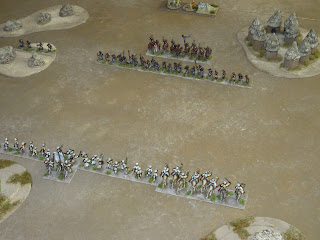 Nubian archers gave supporting fire while the spearmen closed with the Nobades line. Nubian camel mounted and light horse was ineffective against the Nobades archers, but neither could the archers claim any casualties. 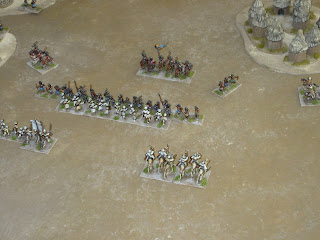 The struggle in the centre turned for the worse for the Nobades as their infantry were cut down in significant numbers leaving their commander no recourse but to leave the field. Score 4 – 2 for the Christian Nubian. 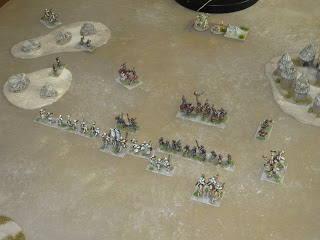 Game 2
The positioning of the terrain offered both sides an opportunity to rest one flank on good ground so now each could extend their lines to matching lengths. 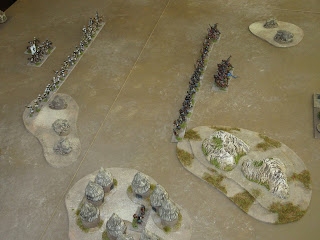 Moving first, the Nobades eagerly attacked while their amassed archers covered their right flank from enemy Camelry. Nobades light troops were despatched to clear the rough ground of enemy troops. 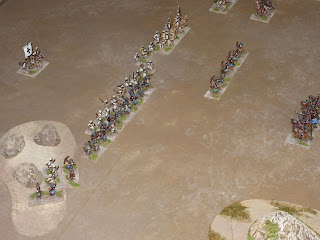 The speed of the attack caught the Nubian off balance and throughout the remainder of the battle; they held the initiative to ultimate victory. Score 5 – 2 for the Nobades. 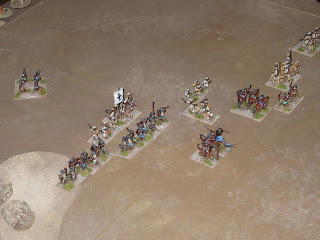 Game 3
The Nubian, as defenders selected a site with an oasis, rough ground and dunes; the latter being ideal terrain for camel mounted troops. 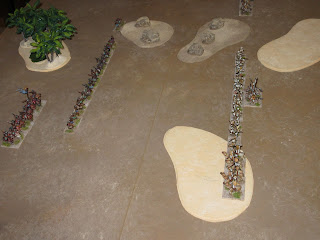 With clockwork precision, Nubian troops on the right cleared the rough ground on the right as the infantry centre slowly progressed forward. The presence of the camel mounted troops in the dunes held the attention of the Nobades cavalry to let the infantry do their work without the threat of enemy horse. Score 4 – 1 for the Christian Nubian. 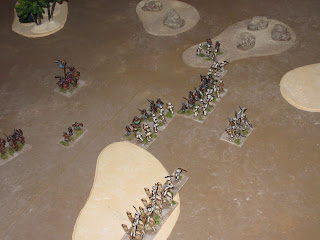 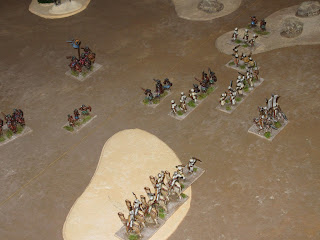