The Witcher Project - the Kingdom of Nazair

The annexation of Nazair is the closing chapter to the Southern Conquest campaign. There is little information to be found at Witcher Wikia about the actual campaign, but my impression is after the fall of Ebbing and Metinna, Nazair nobles quietly accepted the inevitable and opened her gates to Nilfgaard.  Further inducement to seek the wiser option was supported by the college of Mages and the Trade Corporations. 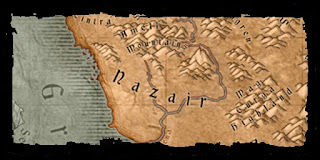 In the books there is no further mention of events following the campaigns of annexation with the one exception of an uprising in Nazair necessitating a punitive expedition to the Amell Mountains and the eastern region of the country.

Nazair Coat of Arms (Witcher Wikia)
This is a speculative design based on the famed blue rose of Nazair which is mentioned in the books. 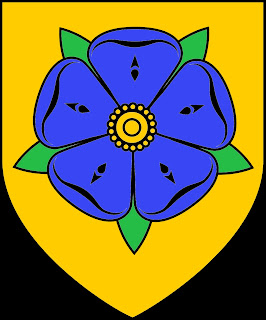 The scenario, the Southern Conquest 1239 will feature the uprising in Nazair and therefore the army list presented here include rebel forces that may be used after the occupation by Nilfgaard. This will offer players a preview of guerrilla activity which becomes a frequent occurrence in the Nordling Wars.