Carthage had bedeviled Rome for seventeen years on Italian soil during the 2nd Punic War and hopefully they would duplicate that in this series of test games.

Looking at the army list below, the Carthaginian have a number of possible options, one can double the number of Cv and LH or forego the advantage and use 2 elephant. You can also add an extra punch by adding the Gallic warband which is the option I used.

Test game one
Rome as defender placed two plough, two gentle hills and one wood on the board. As Carthage had more cavalry Rome would deploy further back and take advantage of the wood and hill. 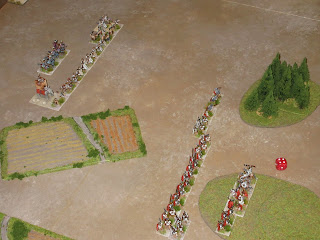 Surprisingly, Carthage did not deploy directly in front but positioned her centre on the wood. After two turns Carthage would wheel to the right forcing Rome to come off the hill to conform to the new line. 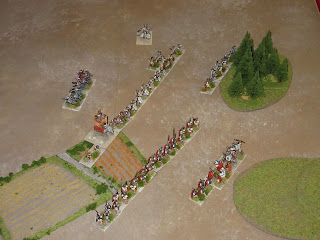 The Carthaginian spear maintained a steady front while the Gallic warband and elephant were dispatching their opposition poised in front of them. 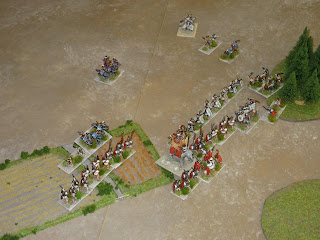 In a desperate move to hold back any possible breakthrough the Roman consul supported by the principes eliminated the elephant. By then the clockwork destruction by the Gallic warband brought the score to 4 – 1 for Carthage. 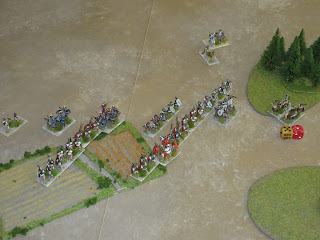 Test game two
Note: Reviewing the photos while writing the reports I noticed the two plough should have a space of 1BW between them. This was done out of habit as the fields are used primarily for the gunpowder era battles. 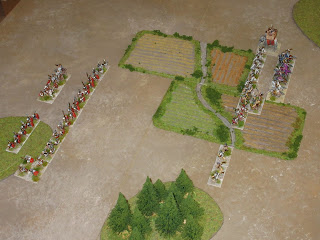 Rome defended and was blessed with a die roll of one; this meant a brief respite as Carthage would plod through the fields at 1BW per turn. This actually turned to an advantage for Carthage as it would give the flanks ample time to position them for the “final” crunch. 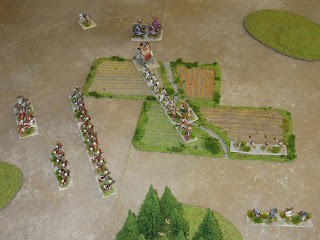 After turn four Rome decided to switch from a passive to an active role and launched an attack on the Carthaginian left flank.  Carthage enjoyed Rome’s eagerness to dance and in two bounds eliminated both wings and an element in centre to bring the score to 4 – 0 for Carthage. 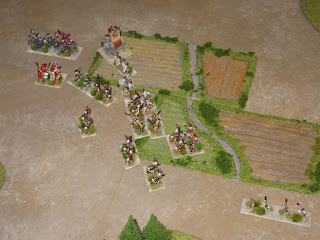 Test game three
Rome, down two games, needed to make some changes to save her reputation; an allied contingent was selected from among the historical options – Gallic. These replaced three foot units giving Rome cavalry parity and good troops to use against Carthaginian spear. 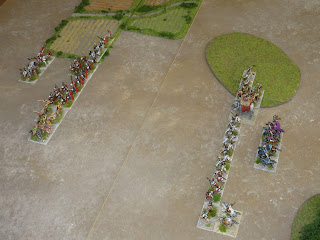 Both sides deployed facing one another and Gallic forces for both sides were placed on the right flank. Moving forward, both sides overlapped the enemy right flank but this did not have the desired effect, with the exception of the odd recoil, both sides held their ground. 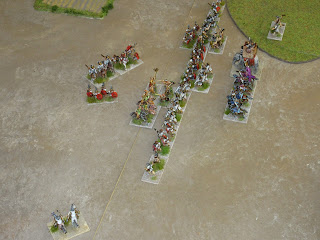 The following turn both sides turned each other’s flank and by now both sides scored even, 2 – 2. 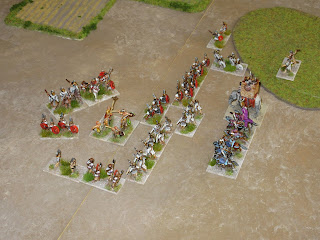 Roman spear and principes neutralized the elephant’s roll in the game and with good die rolls were able to push forward cutting the spearmen and Spanish auxiliaries to bring the score to 2 – 4 for Rome. 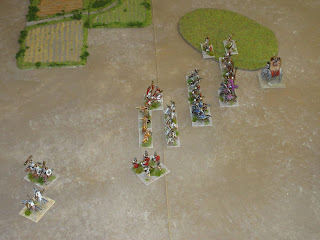