I have added the Arabs to this project to serve as allies for the major powers of the period. Again, the Internet has proven a useful source for information on the major participants, but offers little covering the Pre-Islamic Arabs.

What proved a useful guide was the BBC program In Our Time with Melvyn Bragg, the Great Arab Conquest. As a foundation for discussion of the conquests, the Pre-Islamic Period is described well enough to offer a good general direction.

Appearance.
Most armies seen on the internet have an appearance fitting the Biblical period. By the 3rd century AD, interaction with Rome and Parthia certainly would have an influence on Arab dress.

For my taste, I found the Lurkio Later Moors fit the bill and have ordered enough for two commands. Now both sides can enjoy the headaches of having “friends”.

These have a mix of headdress, shield and clothing for both foot and mounted. None are mounted on camels, so I will use the camel mounted Ansar (Sudan range) and add necessary items to make their appearance similar. 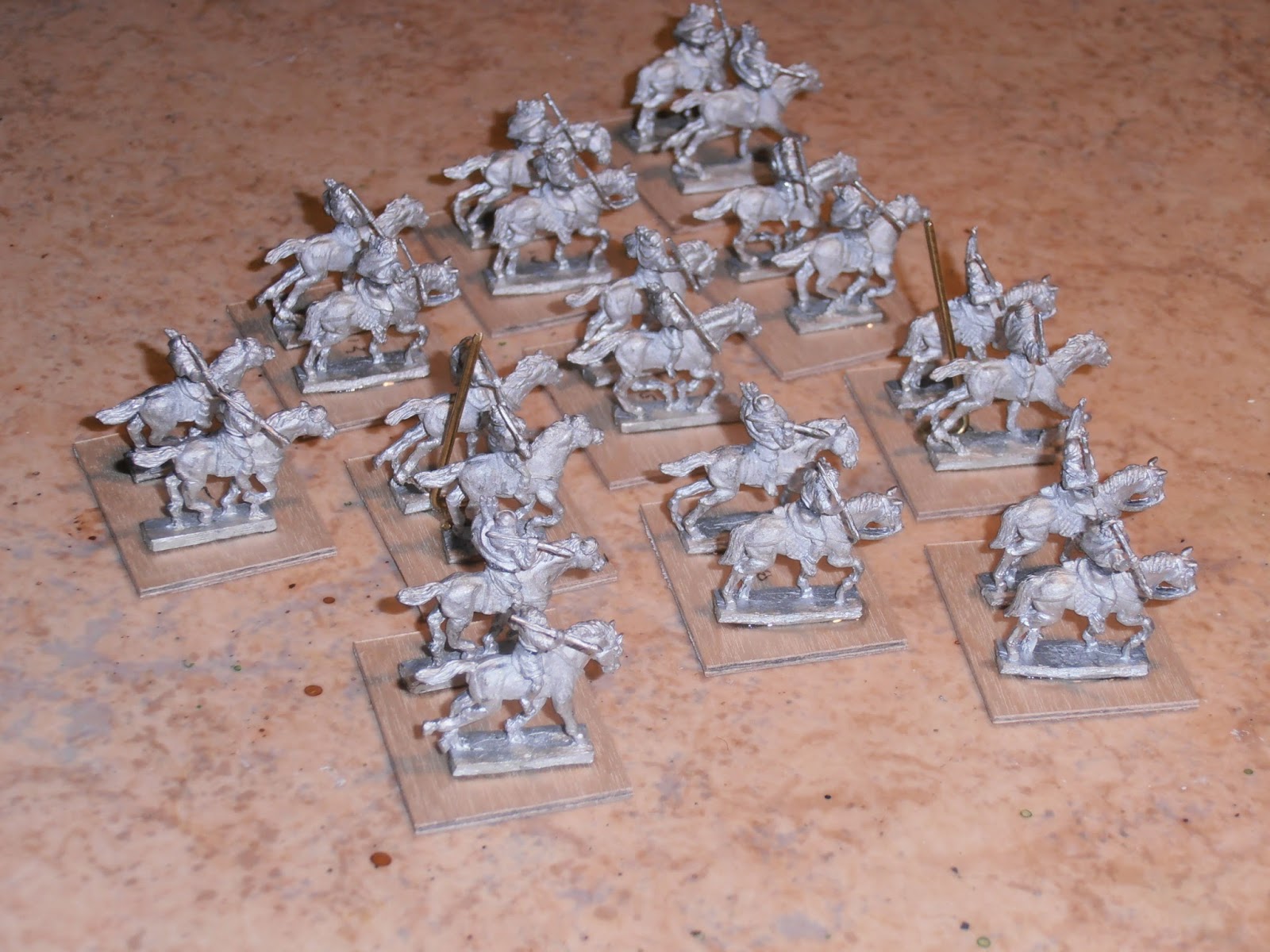 Pictured above are the Lurkio Later Moors which I am using as Pre-Islamic Arabs. I actually need 2 x LH (including General) per command and these now have poles fixed to their bases.


Extra LH will certainly be handy for special scenarios or fill the ranks for an actual Later Moorish army. You never know.

The Arab foot figures, also from Lurkio, are a mix of bow, slingers and lastly javelin types, who will double as blade.
Posted by Timurilank at 06:57