House of Sassan –the research

Gathering a list of opponents for this project, Rome’s eastern frontier saw a change of dynasty in the land of the Tigris and Euphrates from the Arsacids (Parthia) to the House of Sassan (Sassanid). Researching the history I found the rebellion an eventual overthrow of Parthia offered great potential as a campaign.

Most histories and the DBA 3.0 Army List benchmark 220 AD as the start date of Sassan, while I find the rebellion which began in Khir (200 AD), a province of Parthia of far more interest.

To find more about events leading to the turn of century I bought Rawlinson’s Parthia and The Roman Eastern Frontier and the Persian Wars AD 226 - 363 compiled by M.H. Dodgeon and S.N. Lien. The latter is highly recommended and gives a wealth of detail and avenues for further investigation (Church records), while Parthia is a classic; it does not cover the twilight period as well as the early centuries. 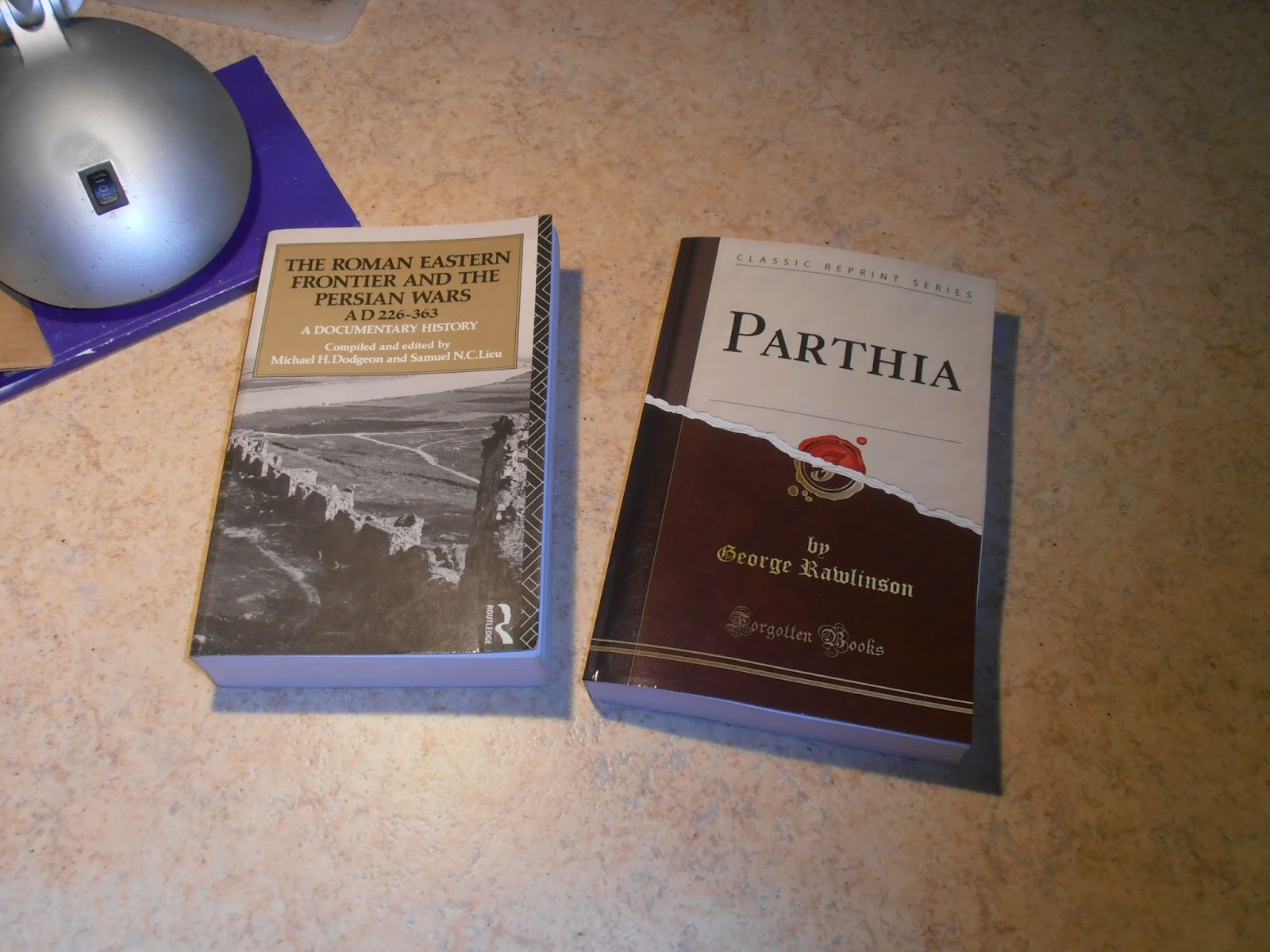 List a) would cover the first two decades of rebellion rather well having nobles classed as 3Kn, Asavaran cavalry Cv and an adequate number of nomad horse archers LH.
Posted by Timurilank at 10:23